Cagliari are in with a chance of climbing out of the relegation zone this weekend if they can beat Fiorentina in Sunday's early kick-off in Serie A. The visitors arrive on the back of a 6-0 win over one of Cagliari's relegation rivals, Genoa, and look full of confidence and goals right now.

Fiorentina have won two of their last three games against Cagliari in Serie A, including a 3-0 win in the pair's reverse league fixture back in October. Cagliari have lost four of their last six matches in all competitions and won't be looking forward to the prospect of playing a Fiorentina side that have won their last two games, scoring 11-goals in the process.

Dusan Vlahovic is continuously linked with moves away from Florence yet the Fiorentina star continues to score the goals week in, week out. Vlahovic has scored 17-goals in Serie A this season and has netted 8-goals in his last 10 appearances for the club in all competitions, so you can see why we're backing the Serbian striker to score on Sunday.

Everything you need to know ahead of Cagliari vs Fiorentina

Cagliari were knocked out of the Coppa Italia in midweek, going down by a goal-to-nil away at Sassuolo. To be honest, Cagliari didn't really need the distraction of a cup run and must concentrate on getting out of the relegation zone, something that can be achieved this weekend if they topple free-scoring Fiorentina and Venezia lose away at Inter Milan on Saturday.

As mentioned above, Fiorentina's last game at home against relegation battling Genoa produced six goals, all of which went the way of the hosts. Odriozola opened the floodgates in the 15th-minute and Bonaventura and Biraghi added further goals before the interval. Vlahovic got in on the action 6-minutes after the restart and Biraghi added his second in the 68th-minute. Torreira completed the scoring on 77-minutes as Fiorentina wrapped up a 6-0 victory.

Fiorentina: Sofyan Amrabat is away at the Africa Cup of Nations but Fiorentina have no fresh injury concerns.

Cagliari vs Fiorentina – Your Questions 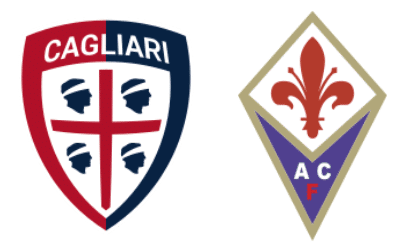