Cagliari and Bologna meet for a Serie A fixture at Unipol Domus on Sunday. Cagliari are in desperate need of points to aid their battle against the drop. Read our expert predictions and find the latest odds for the game below in our match preview.

Cagliari are winless in five Serie A home assignments ahead of their skirmish with Bologna this weekend. Find our top three predictions for the fixture below.

Cagliari have looked every inch like relegation candidates this season and their return of just one victory from ten home assignments in Serie A is a dismal haul. Bologna meanwhile, have won three of their last four games on the road and coach Sinisa Mihajlović seems to have stumbled on a formula that is reaping dividends in away fixtures. With that considered, we recommend backing the visitors to edge their struggling hosts out at Unipol Domus this weekend.

Bologna to Secure a Clean Sheet

Only Salternitana (11) and Venzia (18) have scored fewer goals in Serie A than Cagliari (19) so far this season and Walter Mazzarri’s side have found the net just three times in their last six league games. Bologna have kept two clean sheets in their last three away tussles and having claimed a shutout against Cagliari when the clubs last met in November (2-0), the Rossoblù could keep the same toothless opponents at arm’s length again on Sunday.

Cagliari are already a considerable distance from safety in Serie A and the relegation contenders could be set for another afternoon of struggle against Bologna on Sunday.

Cagliari were without Martin Cacares, Diego Godin, Christian Oliva, Sebastian Walukiewicz, Marko Rog, Kevin Strootman, Nahitan Nandez, Damir Ceter and Keita Balde for differing reasons on Thursday, though they still managed to battle their way to a heroic 2-1 win at Sampdoria. Dalbert Henrique also missed that victory with a suspension, though the Brazilian defender should return on Sunday. Elsewhere, the selection forecast looks just as cloudy for Walter Mazzarri.

Bologna's clash with Inter Milan on Thursday was postponed shortly before kick off following a slew of positive cases in the host's camp. According to the latest reports, Marco Molla, Aaron Hickey, Gary Medel, Nicolas Dominguez, Nicolas Viola, Emanuel Vignato, Federico Santander and Sydney Van Hooijdonk all tested positive, while Jerdy Schouten and Kingsley Michael are injured. Ibrahima M'baye and Musa Barrow are all also out due to their involvement at AFCON. Sunday's game is also in doubt with so many players out for Bologna. 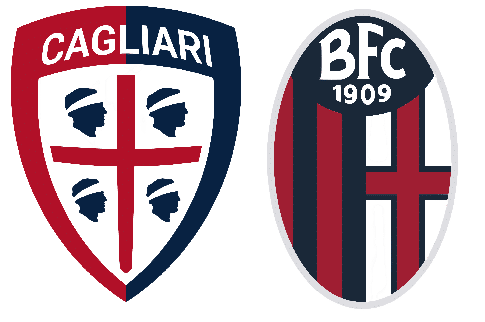 Bologna beat Cagliari 2-0 when the teams last met on November 1.

Bologna have been given the edge by the bookmakers this weekend.