Both Lincoln and Bristol Rovers need three points from this meeting with one looking to stay in League One whilst the other is scrambling to escape it. Who will take the points? Find out with our Bristol Rovers vs Lincoln match preview with free tips, predictions and odds mentioned along the way.

Bristol Rovers vs Lincoln: Predictions rather than punts

Lincoln to be too strong

Bristol Rovers had been putting improved performances and followed that up with a win over Doncaster. It was back to reality as they failed to get the job done against Northampton last time out. They'll face a much tougher test when Lincoln come to town too. The Imps are in with a great opportunity to cement their playoff spot after mauling MK Dons 4-0 last time out to follow up a respectable draw with Blackpool before it. It's well and truly ended their wobble. A game against a team with two wins in 10 is a splendid chance to continue their form.

Both keepers to pick the ball from their net

The home side haven't exactly been free scoring this campaign with just 40 goals to their name but they have shown better attacking patterns of late and four goals in their last three is evidence of that. Finding the net hasn't been an issue for Lincoln; they've scored in each of their last six away games and have bagged 61 goals across the season so far. The good news from a Bristol Rovers standpoint is that they've not kept a clean sheet in those six games either.

He might only be 19-years-old but his performances this season, which had seen him score eight goals prior to the latest international break; it earned him just his second call up to the Wales squad. He's come back in fine form. He scored in the draw with Blackpool and then bagged a hat-trick in the demolition of MK Dons. A striker in form is not a player who want to play against – particularly when you've conceded 64 goals in 41 games.

Bristol Rovers vs Lincoln: From match stats to odds

Massive game at both ends

Fourth top against third bottom at this stage in the season means there is a big difference in the quality of footballer on the field of play. With things like promotion and relegation at stake though pressure will play a big part of how the action unfolds. Mentality and spirit will be key alongside that aforementioned quality. It should be an enthralling encounter. 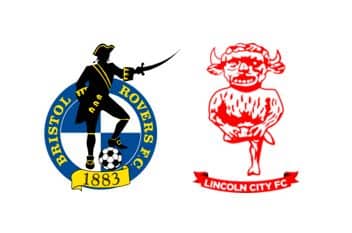