Derby suffered heartbreak in the week as a late goal ended their three game unbeaten run after what was another gutsy display. Can they take something from this game? Find out with our Bristol City vs Derby match preview with free tips, predictions and odds mentioned along the way.

Derby have shown some real battling qualities of late and the fact QPR needed an injury time goal to break their resolve in the week is further evidence of the fact they're no pushovers despite their league position. Bristol City are hardly flying either; they've only one won of their last five games having lost three of them. On the road, Derby have drawn four of their past five matches and whilst we've not seen any draws in the last five head to head meetings, there has only been the odd goal deciding the match outcomes. It will likely be another tight match here.

Picking between over and under 2.5 goals can sometimes feel like a 50/50 call. Not here. Bristol City have seen eight of their last 10 home games end under the all important 2.5 mark. Derby meanwhile have seen eight of their last 10 away games end south of the 2.5 threshold. The last two head to head matches have, yep you guessed it, ended under the 2.5 mark. As such, a bet on under 2.5 goals seems really quite obvious!

We close our tips on this game with a 1-1 correct score prediction. This is a score line that Bristol City have seen in four of their last 10 home matches with Derby recording two 1-1 draws in their last four games on the road. Given everything form wise is broadly comparable between these sides, we don't see anything to suggest a goal apiece is a wild shout. In fact, with both teams averaging around the one goal scored per game mark in their last five as well as everything else, a goal each is the most likely outcome.

All the stats & odds for Bristol City vs Derby

Wayne Rooney must be pulling his transplanted hair out after more points got away from his team in the week; it's not the first time this season Derby have given up a decent position in a match. Rooney will hope the likes of Curtis Davies can help his side to a rear guard display here. Bristol City's big threat will come from Andreas Weimann, who has seven goals to his name so far this season. His goals are pretty much the only source of excitement at Ashton Gate this year as mid table awaits.

The final word on Bristol City vs Derby 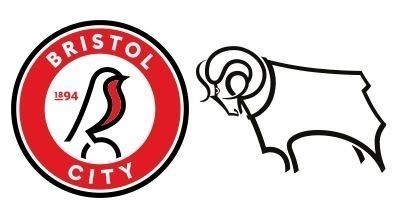