Both Brighton and Everton have made unbeaten starts to the new Premier League season and both teams progressed through to the next round of the League Cup in midweek. We're expecting a close and competitive 90-minutes between two sides that have plenty of self-belief and look good in the final third.

When these two sides last locked horns the game finish all square and Brighton had the home advantage on that day. Everton drew their first away game of the season against Leeds and are unbeaten in their last three meetings with the Seagulls. Brighton have, however, won each of their opening three fixtures in all competitions and should prove a tough nut to crack.

We're predicting goals in this game at both ends of the pitch as that has been the way in three of the last six encounters between Brighton and Everton. The Seagulls have found the back of the net in each of their last three matches, while both teams have scored in four of Everton's last six outings.

French forward Neal Maupay has scored two goals in the Premier League so far this season and scored against Everton at Goodison Park in the last campaign. The Toffees are yet to keep a clean sheet in league or cup so far and Maupay is bound to get a chance or two in front of the Brighton faithful and we fully expect him to convert at least one of them.

Brighton vs Everton: The Latest Stats and Odds

Can Brighton make it four wins out of four this weekend?

Brighton have a 100% record in the league after securing a 2-1 win over Burnley and a 2-0 victory against Watford but they perhaps face their toughest challenge so far at home to Everton on Saturday. Neal Maupay looks confident in front of goal and could be the difference-maker for the Seagulls this season. The French forward has two goals to his name so far and if he can continue to score the goals that Brighton missed last season, then the Seagulls could challenge for a top-half finish. Veltman, Welbeck, Lamptey, Burn and Scherpen have all been ruled out of the Everton game through injury.

James Rodriguez is expected to miss out again this weekend while he desperately tries to find himself a new club and Moise Kean is suspended for the next three matches after he was shown a straight red card during the 2-1 win over Huddersfield in the League Cup. Rafa Benitez has made a positive start to life at Goodison Park with four points from a possible six in the Premier League and progression into the next round of the League Cup. A confident Brighton will make for tough opposition this weekend but the Toffees have plenty of self-belief of their own. 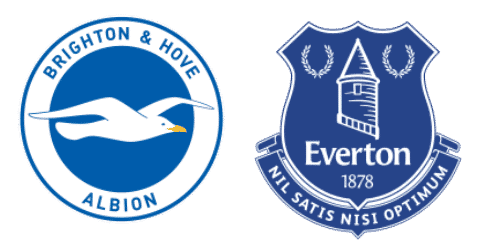