The last match of the round in the South American WC Qualifiers is the Brazil vs Peru duel. With that in mind, we have done an in-depth preview of the game and prepared some free betting tips for you.

Our best betting tips for Brazil vs Peru

If you need some help to find the best bet for the Brazil vs Peru duel, take a look at our favourite predictions for this match:

Brazil to Win with Handicap (-1)

The home team still has all wins in these qualifiers after the derby with Argentina in the last round was interrupted after a few minutes. Meanwhile, Peru is not doing that well so far. With that in mind, and taking into account that Brazil won four of the last five previous duels against Peru, our prediction is for Brazil to win this game by at least two goals.

Brazil to Win at Half Time and Full Time

Since we expect this game to end in a convincing win for Brazil, we also expect them to lead at half time. So, our next prediction is for Brazil to lead at half time and win the game, which happened in three of the previous five head-to-head meetings between these two teams. After all, Brazil is the absolute favourite in this game, so this should be a smart bet.

Three of the last five h2h duels between Brazil and Peru have gone over 2.5 total goals, so there's no reason to expect a different type of game now. In addition to this, Brazil has averaged 2.71 goals per game so far in these Qualifiers, while Peru averaged 2.88 goals per game in the first eight rounds in the group.

Top odds and important stats for Brazil vs Peru

If you wish to place a bet on the top odds for Brazil vs Peru, check our selection of odds from a few of the best bookmakers:

Brazil vs Peru preview: Will Brazil remain undefeated after this game?

The loss in the Copa America final to their fierce rivals Argentina didn't slow Brazil down in the WC Qualifiers. The two teams were supposed to play each other in the last round a few days ago, but the game was interrupted and abandoned only a few minutes after it began. In any case, Brazil is on a run seven-game winning streak in the qualifiers and there's little doubt that they will qualify for the 2022 World Cup.

The Copa America this summer was a successful one for the Peruvian national team since reached the semi-finals. And while their loss to Colombia in the game for the third place stung, the fans were certainly happy with the team's performance. Meanwhile, Peru has struggled in the WC Qualifiers so far – they have two wins after the first eight games, along with two draws and four losses. This puts the team in the seventh place in the group and they will have to do much better in the remaining matches if they want to see Qatar next year.

FAQ for Brazil vs Peru 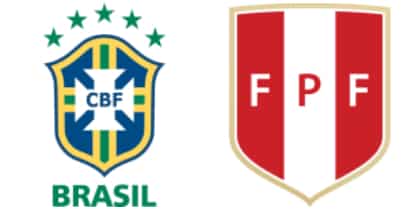