Meeting for the 4th time in a Copa America final, it’s down to Brazil and Argentina to decide the winner of this years’ edition. A historical final, as it would perhaps be Lionel Messi’s last Copa America and Argentina would go all in vs the defending champions Brazil. Stay tuned for the best free betting tips for this game.

Brazil to Lift the Trophy

This is perhaps the most even South American match-up throughout the years. There has been a total of 112 games between these opponents, with Brazil winning 46, Argentina 40, and 26 ending up level. However, a lot of other stats point in Brazil’s favor. The hosts have won 2 of the 3 finals they’ve played against Argentina, and are also on a hot winning streak. The last 5 times that Brazil reached the final, it went on to win the competition. Argentina’s last triumph was back in 1993 versus Mexico.

We will start off by saying that Argentina hasn’t really been consistent with its scoring. The squad struggles to find the net more than once when playing versus more skillful opponents. Their Copa America games versus Paraguay, Uruguay, Colombia, and Chile saw them fail to score multiple times. This can be a problem especially versus the defensive mastermind that Brazil is. Just 2 conceded goals in the last 10 games, clearly show Brazil is doing it right.

The last few games between these two seem to remain rather uneventful and that’s what we are going off of. Only a single game in their recent 5 has had over 2.5 goals. Furthermore, all five of those games saw only one team scoring, which also backs the previous bet.

Brazil vs Argentina: Latest stats and the best odds

Dubbed Superclasico de las Americas and usually a friendly match-up, everyone will be excited about this grand finale. These teams are no strangers to each other. Argentina is the most successful Copa America side, with 33 total titles, and has both more gold and silver medals than Brazil.

Nevertheless, the stats show that when deciding who will lift the Copa America silverware, the hosts have the advantage. Two of the 3 times when the winner was decided by direct elimination, Brazil was crowned champions. Argentina achieved their one and only victory over this opponent in a final, back in 1937.

What challenges lie in front of Brazil in this one?

Selecao's star striker Gabriel Jesus will miss this year's Copa America final because of the reckless red card foul that he committed against Chile in the quarterfinal. The attacking corps of Brazil is not lost, though, because forward Lucas Paqueta netted the winning goals in two consecutive games for the team. This is definitely a silver lining and Brazil will count on Paqueta to cover up for Jesus' blunder.

Player to watch: Neymar. We still think that the agile forward will be the key to Brazil's attacking play. He already has two goals in this year's competition accompanied by three assists. Even if Neymar does not score a goal himself, watch out for his passing skills.

How do the Argentinians look?

Lionel Messi is yet to lift the Copa America trophy in his career despite all the accolades he has already earned. He will be the key component in Argentina's attack (as always).

What will be important for Argentina is the performance of their goalkeeper Emiliano Martinez. He has had a great tournament so far and may very well allow 1 or fewer goals against Brazil in the final. This aspect should not be underestimated because if Brazil's attack is stopped, only then you can hope to beat them.

Player to watch: Lautaro Martinez. Interestingly enough, Martinez has been the focal point in the attack for Argentina and not superstar Sergio Aguero. Lautaro has scored in three consecutive matches and with Messi behind his back, we may see another goal for the striker in this one. 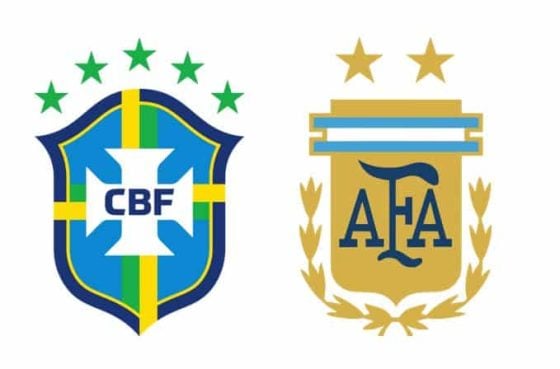