Borussia Monchengladbach earned an impressive victory last weekend as they came from behind to beat Bayern Munich at the Allianz Arena. Now back at Borussia Park, they will hope for a similar return of form against the high flying Bayer Leverkusen.

Adi Hutter will be pleased with his charges as they moved away from the relegation slots with a win over Bayern Munich. The former Eintracht Frankfurt manager will want a similar result against Bayer Leverkusen, who are winless in four Bundesliga outings. This meeting also allows the Colts to arrest their losing record against Die Werkself that stands at four successive losses.

Similar issues continue to plague Borussia Monchengladbach under Adi Hutter as they did under his predecessor Marco Rose. The Colts score with relative ease but find it hard to keep their rivals at bay. Eight of their last ten outings have seen both sides score, the fate we are anticipating for this meeting as well. Bayer Leverkusen finds themselves in a similar quandary and their last six Bundesliga outings have seen goals at either end of the pitch.

Borussia Monchengladbach vs Leverkusen: Check out the best odds and the latest stats

Borussia Monchengladbach vs Leverkusen: Check out the team lineups

In an underwhelming season to date, the heroics of Florian Neuhaus and Stefan Lainer made Borussia Monchengladbach faithful optimistic. The Colts started the second half of the campaign with an impressive away win over Bayern Munich. Victory over the German champions would have surely catapulted their morale and it remains to be seen how they move from here.

While everyone around them has gone on a journey of self-discovery, Bayer Leverkusen remains staunch. They are outside the top-four by one point as surprise package Freiburg take their place. It is a cause for concern as Die Werkself are winless in four league outings. To achieve their objectives, they need someone to complement Patrik Schick who continues to deliver with five goals in his last four outings.

Questions About Borussia Monchengladbach vs Leverkusen 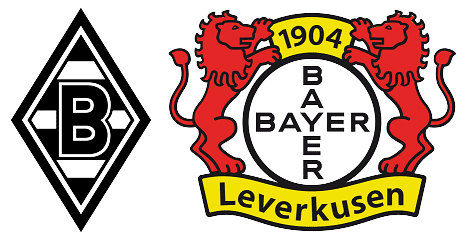 Who won the last h2h? 4-0 in favour of Bayer Leverkusen.

Where is the game being televised? beIN Sport Max, Eleven Sports and Setanta Sports.