Top free betting tips and odds for Frankfurt vs Monchengladbach

Eintracht Frankfurt look to find their Bundesliga winning track when they host Borussia Monchengladbach in the engagement. The Prussians enter the field after adding three points from the last game.

Despite the consecutive Europa League victories, Eintracht Frankfurt are still without a Bundesliga match win in the last six league attempts. However, the Eagles has managed to play four undefeated games in the previous five home games, winning the last one. On the contrary, Monchengladbach will also be confident over the recent three unbeaten away outings, winning two of them. In addition, three of the last five H2Hs at the home of the Eagles also ended without a winner. So we expect an exciting clash in this game and predict the end in a draw.

The teams flowed the goals in the recent H2Hs and produced a total of at least four goals in all of the last five meetings. Frankfurt have rattled the net five times in the previous four outings while the Colts scored nine goals in the same course. Monchengladbach also netted the ball at least twice in the last four away games successively. So we believe to see a total of over 3.5 goals again in this meeting.

Frankfurt vs Monchengladbach: Check out the best odds and the latest stats

Frankfurt vs Monchengladbach: Check out the team lineups

The Eagles confirmed their name in the Europa League Final by knocking out West Ham in the last home game. However, following a sequence of winless games, Frankfurt are at the eleventh position in the Bundesliga points table. The club gaffer Oliver Glasner will report four players on the injury list ahead of this game.

The Prussians returned to their home winning ways in the last game by defeating RB Leipzig with a 3-1 score. With the help of 11 wins and eight draws, Monchengladbach currently stands at the tenth position in the standings. Marcus Tharum is injured while the other two players will be out of the game due to suspensions.

Questions About Frankfurt vs Monchengladbach 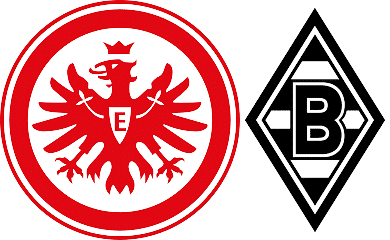 Who won the last h2h? 1-0 in favour of Frankfurt vs Monchengladbach.

Where is the game being televised? Arena 4, beIN Sport Max (Fra), DAZN Deutsch, and Viaplay.