Just 1pt separates these two teams in the Serie A table and Bologna will be looking to use their hoke advantage to secure the win that would take them back above Torino this weekend. Recent meetings between these two clubs have been very closely fought and we're expecting another competitive 90-minutes on Sunday.

Arnautovic top scores in Serie A for Bologna with 9-goals and we're backing the Austrian international to find the back of the net against Torino this Sunday. The 32-year-old former Stoke City striker is in good form having scored three goals in his last two league games against Spezia and Salernitana.

There is a very good chance that we will be treated to goals at both ends of the pitch on Sunday just as we have been in six of the last seven league meetings between Bologna and Torino. Both teams have also scored in three of Bologna's last five fixtures and in five of Torino's last six matches, adding further weight to our prediction for no clean sheets come the final whistle.

All you need to know about Bologna vs Torino

Despite taking the lead in the 43rd-minute away at struggling Salernitana, thanks to Arnautovic's 9th league goals of the campaign, Bolognas had to settle for a point at the end of the day. The visitor's failure to add that crucial second goal cost them in the 72nd-minute when Salernitana equalised to make the final scoreline 1-1. Bologna sit 12th in the Serie A table as things stand but could slip down one place if they fail to win on Sunday.

Torino had the home advantage against Cagliari last time out, not that it made much of a difference. The visitors took the lead in the 21st-minute and lead 1-0 at the interval. Torino did manage to get back onto level terms through Belotti but slipped behind again just after the hour mark and Cagliari held on to secure a vital 3pts. A win for Torino on Sunday could take them level on points with Sassuolo and aid their attempts to finish in the top half. of the table.

Bologna: Michael, Santander and Dominguez are the three main injury concerns for the hosts.

Torino: Praet and Fares could both miss the trip to Bologna through injury.

Bologna vs Torino – Your Questions 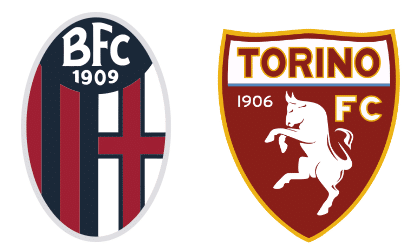