Bologna have the chance to almost guarantee their Serie A safety this weekend if they can beat struggling Sampdoria at the Stadio Renato Dall'Ara. The visitors have plenty of motivation for the points themselves as Sampdoria currently sit 7pts above the relegation zone with seven games still left to play.

Bologna have won each of their last six league meetings with Sampdoria and this is one of the main reasons we are backing a home win on Monday night. the host's current form has been poor with just one win in their last six matches but Sampdoria have lost four of their last five league games and we expect the visitors to struggle once again at Bologna.

Whilst this is a fixture that often produces plenty of goals, we're backing Monday's clash to be tight and tense throughout with, at most, two goals being scored. Under 2.5 goals have been scored in each of Bologna's last five matches while three of Sampdoria's last six outings have also witnessed fewer than three goals scored, so you can see why we're expecting a low-scoring 90-minutes in this game.

Everything you need to know about Bologna vs Sampdoria

Sampdoria can distance themselves from the relegation battle with a win

Not many expected Bologna to take anything from their trip to the league leaders last time out. However, Bologna held the AC Milan attack at bay and managed to secure a point via a goalless draw at the San Siro, which was more than they hoped for before kick-off. That result leaves Bologna sitting 12th in the Serie A table on 34pts and one more victory would likely be enough to keep them up.

Sampdoria had the home advantage against Roma last weekend but still ended up going behind in the 27th-minute to a goal from Mkhitaryan. Try as they did, Sampdoria couldn't carve out an equaliser and the scoreline ended 1-0 to Roma, leaving Sampdoria sitting too close to the relegation battle for their liking. A win on Monday night would take the visitors on 32pts and give them a platform to build upon in the remaining few games of the campaign.

Bologna: Barrow, De Silvestri, Michael and Dominguez could miss out on Monday due to injury.

Sampdoria: Manolo Gabbiadini is the main injury concern for the visitors ahead of the trip to Bologna. 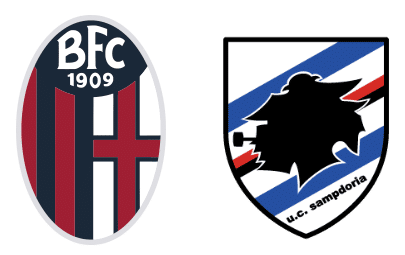