Roma lead the race to finish 5th in Serie A this season but Mourinho's men are bound to have one eye on the 2nd leg of their Conference League semi-final against Leicester. Mid-table Bologna pulled off a fantastic result last time out against Inter Milan and could cause Roma plenty of problems on Sunday.

There is a good chance that we will be treated to goals at both ends of the pitch this weekend as four of the last six league meetings between Roma and Bologna have ended the very same way. Five of Roma's last six matches have seen both teams score while each of Bologna's last three have ended with both teams getting on the scoreboard, so you can see why we're not counting on either side to keep a clean sheet on Sunday.

Abraham top scores for Roma in Serie A this season with 15-goals and we're backing the England international to score against Bologna this weekend. The former Chelsea striker has gone without a goal in his last four league games and is due a goal this weekend.

Roma looking to tighten their grip on 5th spot

Roma's last league game was at the San Siro against Inter Milan where Mourinho's men found themselves 2-0 down at the break. The hosts added a third goal early in the second half and although Mkhitaryan pulled a goal back late on, the game was already out of reach. Roma sit 5th in the league table following that result but only have a 2pts lead over Lazio and Fiorentina.

Bologna played host to Inter Milan in midweek and went behind early on to a goal from Perisic. The hosts responded really well to going a goal down, equalising in the 28th-minute through top scorer Arnautovic and the two sides went in level at the interval. The second half was much tighter but still produced one more goal in the 81st-minute which went the way of Bologna, Sansone making himself a hero to the Bologna faithful.

Roma: Oliveira misses out through suspension while Mkhitaryan has a hamstring issue.

Bologna: Dijks and Michael are the two main injury concerns for the visitors this weekend. 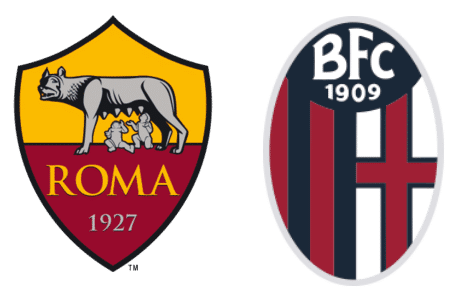