Another close and interesting matchup in the upcoming Serie A round is the Bologna vs Lecce duel. With that in mind, we have prepared a preview of this match just for you, along with some free betting tips.

If you need some help to determine what is the right bet for Bologna vs Lecce, you've come to the perfect place:

Both teams had a poor start of the new season and after ten rounds they are both dangerously close to the relegation zone, with Lecce currently one point ahead of Bologna.

However, Bologna is the better team on paper and they are playing at home. Also, Bologna beat Lecce in both of their most recent h2h duels, so we can see Bologna emerging victorious from this match as well.

Furthermore, both teams have scored in 70% of all Bologna matches in Serie A this season, while the same thing happened in 80% of all Lecce games in the league so far.

If you are looking for the best Serie A odds, including those for Bologna vs Lecce, you can check them out right here:

This is one of the closest matches in this round of Serie A, so let's take a closer look at both teams ahead of their meeting:

With three losses in the last four games in Serie A, Bologna has struggled recently. In fact, the team didn't do much better overall since they only have seven points from the first ten rounds and that puts them just two points ahead of the first team in the relegation zone. So, we will likely see Bologna fight for survival this season, if we can judge by their start.

When it comes to team news, Bologna has a good situation since only Denso Kasius is currently out with an injury.

Just like their upcoming opponent, Lecce didn't start the new season in Serie A in great form. Overall, the team has eight points from ten games, which puts them in the 16th place in the standings. That being said, Lecce is a newly -promoted team and being outside of the relegation zone is the most that they can hope for this season.

The team is in great shape right now since they have no injuries to worry about. However, Lecce will be without Antonino Gallo in the next game after he was sent off in the last round. 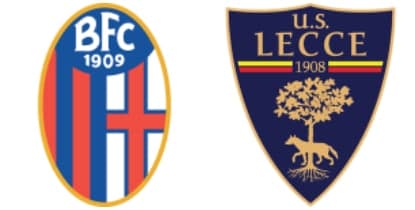