Genoa are already relegated the final day of the season and are now preparing for life outside Serie A. Mid-table Bologna provide the opposition on Saturday 21st May and the visitors have little left to play for on the last day of the season, other than pride.

Genoa have a good recent record against Bologna, picking up four wins and three draws from the pair's last seven Serie A encounters, so you can see why we're backing a home win this weekend. Genoa will want to end the season on a positive note and have won their last two home games against Juventus and Cagliari, while Bologna have lost their last two league games against Sassuolo and Venezia.

Four goals were scored when these two sides locked horns for their reverse league fixture, which ended in a 2-2 draw, and we're predicting plenty of goalmouth action on Saturday as well. Three of Genoa's last six matches and four of Bologna's last five outings have also ended with over 2.5 goals being scored, adding further weight to our prediction.

All you need to know about Genoa vs Bologna

Genoa are staring relegation in the face

Genoa were away at Napoli last weekend where they ended up well beaten in the end. Osimhen put the home side 1-0 up in the 32nd-minute and a penalty from Insigne in the 65th-minute made it 2-0. Lobotka added a third goal 9-minutes from time to wrap up a comfortable 3-0 victory, putting Genoa on the edge of relegation. Genoa simply have not been good enough this season and need to find a way to score more goals if they want to return to Serie A at the first attempt.

Bologna might have had the home advantage against Sassuolo but you never would have noticed. Scamacca put the visitors 1-0 at the break and Berardi made it 2-0 before Scamacca added his second of the game 10-minutes from time. Bologna pulled a goal back in stoppage-time via an Orsolini penalty but were well beaten on the day. 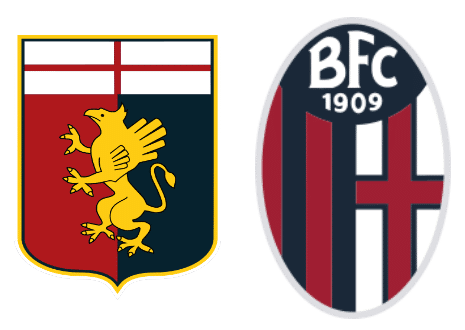