Atalanta are the bookmaker's favourites to win this weekend away at Bologna but neither team heads into the game in ideal form and we're expecting a close and competitive 90-minutes. Bologna sit 15pts and six positions below Atalanta in the Serie A table but managed to secure a point in the pair's reverse fixture earlier in the season.

Under 2.5 goals were scored when these two sides last locked horns in August and we're predicting another low-scoring affair on Sunday. Four of Bologna's last six league games have produced under 2.5 goals, including each of their last three games against Fiorentina, Torino and Salernitana. Fewer than three goals have also been scored in three of Atalanta's last six outings in all competitions, including two of their last three away games in Serie A.

The first league meetings between these two clubs at Atalanta ended in a goalless draw and our second prediction for Sunday's clash is for one or both sides to fail to find the back of the net. Both teams have scored in just one of the last three meetings between Bologna and Atalanta, while only two of Bologna's and one of Atalanta's last six outings in league and cup have ended with both teams scoring.

Bologna faced a tricky away game against Fiorentina last weekend and were undone by a solitary second-half strike from Torreira. Despite that 1-0 defeat, Bologna will have been pleased by their performance against one of the European challengers and will believe that they can beat Atalanta at the Stadio Renato Dall'Ara considering they managed to take a point from the pair's reverse league fixture.

Atalanta failed to make the most of their home advantage against a struggling Genoa side last time out. The game ended goalless and Atalanta were left to rue missed chances as they slipped behind Lazio and into 6th position. Atalanta will be hoping that lightning doesn't strike twice this weekend and that they can offer more in the final third away at Bologna.

Bologna: Bonifazi is suspended this weekend, while Theate, Michael, Santander and Dominguez are all injury concerns.

Atalanta: Miranchuk, Ilicic and Zapata could miss the trip to Bologna through injury. 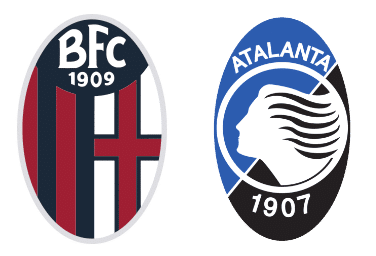