Ki host Bodo/Glimt in the Champions League qualifiers on Tuesday, July 12th, after the Norwegian side eased to victory in the first game. Read our free predictions and find the latest odds for the fixture below in our detailed match preview.

If you need some help to decide what is the right bet for Ki vs Bodo/Glimt, check our top betting tips for this game:

Even though the guests already have a three-goal advantage, which is practically impossible for them to lose against a team like Ki, we can still see them winning the second leg as well.

After all, the difference in class between these two sides is too great and Bodo/Glimt won't mind getting a win here to increase their coefficient and rankings.

We've seen three goals scored in the first leg of this matchup between Ki and Bodo/Glimt and we can see that happening again in the second leg on Tuesday.

The Norwegian side is well-known for playing offensive style of football and most of their matches end up going over 2.5 total goals, so we would hardly be surprised if that's the case in this game too.

Top Betting Odds and Stats for Ki vs Bodo/Glimt

Read our rundown of the best stats for Tuesday's qualifier below alongside a tool to help you choose the best odds.

Read all of the most up to date injury info and team news for this Tuesday's Champions League qualification tussle between Bodo/Glimt and Ki below.

The reigning champions of Faroe Islands are currently in the lead in their domestic championship once again and they seem to be on a good path to reclaiming their title. And while success in Europe was never on the cards for this team, their fans are probably hoping for a positive result in the next game, even if they still end up being eliminated.

Meanwhile, the team has no injury concerns that would force them to change things, so we expect to see roughly the same starting lineup in as we saw in the first leg.

The Norwegian champions are having a bit of a rough season in the domestic championship, at least when it comes to defending their title, since they are currently fourth in the standings and eight points behind the leading team. That being said, it's still way to early to rule them out, especially since they seem to be getting into form with three wins in the last four games.

The team is unaffected by injuries and suspensions ahead of the second leg of CL Qualifiers, but we might still see some changes compared to the first leg since Bodo/Glimt already has one foot in the next round. 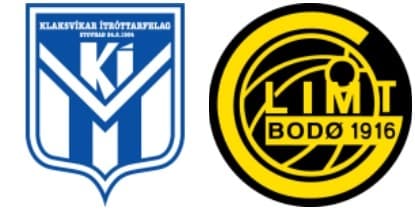