Top free betting tips and odds for Bochum vs Monchengladbach

Bochum goes up against Monchengladbach in their next home meeting of the Bundesliga 2021/22 campaign. The hosts are on the back of defeat while the Prussians enter the field after adding three points.

Both Bochum and the Prussians have been unable to show consistent results in their recent games, winning one and two respectively in their last five games. Die Unabsteigbaren have won two of the previous four home games but Monchengladbach are not making any progress in their away games. The Colts are winless from the last four away outings, winning only one in the previous ten. The visitors are also winless from the last two visiting games against Bochum. So we base our prediction for the home side to record the lead in this meeting.

The recent scoring record of both sides has been quite the same. The teams come to this game after scoring in the last three games consecutively, missing the chance only one in the previous seven outings. moreover, four of the last five H2Hs also displayed a BTTS outcome, the Foals scoring in all. Another good reason to pick a BTTS outcome again is both teams’ defence that didn’t manage a single clean sheet in their recent games.

Bochum vs Monchengladbach: Check out the best odds and the latest stats

Bochum vs Monchengladbach: Check out the team lineups

Die Unabsteigbaren couldn’t keep the 0-1 lead of the first half in the last game and lost their previous attempts by 2-1 against Eintracht Frankfurt. Bochum has secured nine wins this season and presently find themselves in the eleventh position in the standings. The club manager Thomas Reis will have six players on the injury list ahead of this game.

The Prussian got their winning result back, in their last game against Hertha Berlin. Having only eight wins and a long run of defeats, Mochengladbach are at the thirteenth position with the difference of seven points from the relegation area. Jonas Hofmann and two other players of the team will miss out on the coming game due to fitness issues.

Questions About Bochum vs Monchengladbach 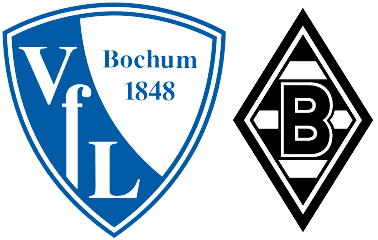 Where is the game being televised? Arena 4, DAZN Deutsch, and Diema Sport 3.

Where is the game being played? Vonovia Ruhrstadion (Bochum).