Bochum hosts Bayern Munich at the Vonovia Ruhrstadion for Matchday 22 action. The hosts suffered a 7-0 beating in the reverse fixture and will hope to give a better account of their abilities.

There was no stopping Robert Lewandowski and co the last time Bochum faced off against Bayern Munich. A similar result is expected in this meeting as Die Unabsteigbaren have only added one win to their tally in their last seven league outings. At least two goals have been scored in the first half of Bayern's last four fixtures and we expect the trend to continue against a side that suffered the worst punishment from them in Bundesliga this season.

There will be goals in any fixture Bayern Munich are involved in. Add a newly-promoted outfit and the chances of it increase manifold. While the Bavarians will get on the scoreboard, question marks remain about Bochum's ability to get on the scoreboard. Die Unabsteigbaren will be confident in their abilities as they have scored in all but one of their last nine home fixtures. With Munich conceding five goals in their last five away fixtures, expect goals at either end of the pitch.

Bochum vs Bayern Munich: Check out the best odds and the latest stats

Bochum vs Bayern Munich: Check out the team lineups

It has been a tough return to the German top-flight football for Bochum. Die Unabsteigbaren are still answering relegation calls despite standing in 11th place. They remain closer to the relegation slots than the team above them. The reason for their poor stature has been their recent loss of form as they have only added one win to their tally in their last seven fixtures.

Julien Nagelsmann is going from strength to strength at the Allianz Arena. They have a nine-point lead at the top while their challengers struggle to keep pace. The Bundesliga title becomes a formality with every passing matchday. It is the manner in which the league title is attained on which Nagelsmann will be judged by the Bavarian faithful.

Questions About Bochum vs Bayern Munich 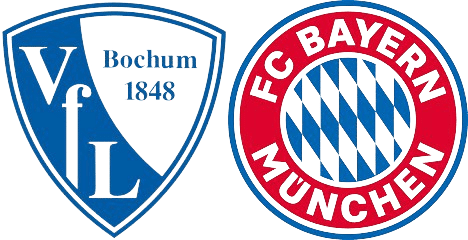 Where is the game being televised? beIN Sport, Sky Bundesliga, Spiler1 TV, Tivibu Spor, and Viaplay.