If you're a Bristol Rovers fan then the chances are you're just wishing the next 90 minutes away. Given Blackpool have aspirations of winning promotion it might be wise. Can Bristol Rovers spring a surprise? Find out with our Blackpool vs Bristol Rovers match preview with free tips, predictions and odds mentioned along the way.

Anyone can look to the League One table and make the prediction that Blackpool will beat Bristol Rovers. After all, a team that sits third at this stage of the season is exponentially better than the team who are bottom. That's not the only reason behind our tip though. Blackpool have only lost two of their last 20 games and have won their last three. Bristol Rovers by contrast have won two of 20 and have lost their last four. With Blackpool waiting for the playoffs to arrive keeping the winning streak running will be important to them.

The first of our tips has referenced the contrasting fortunes of both teams both recently and over the longer term. It's not just wins and losses where there are clear patterns developing. As mentioned, Blackpool have won their last three but they've also not conceded in that time. Then you have the Bristol Rovers run of four defeats on the spin; they haven't scored in any of them.

Blackpool might be in good form and Bristol Rovers in poor but that doesn't mean we should anticipate a total goalfest when they meet on Sunday. Only three of Blackpool's last 10 games have seen over 2.5 goals with just one in seven over a slightly reduced timescale. Bristol Rovers hold a similar record in their past 10 where total goals is concerned; only two have gone beyond 2.5 with their last five all coming up short.

Blackpool vs Bristol Rovers: The pre-match info you need

Bristol Rovers to go with a whimper

With the trajectory these two clubs are on differing so wildly it could feasibly be years before they play one another again. Bristol Rovers have slipped through the trap door to League Two with next to no fight whilst Blackpool have been in great form over the second half of the campaign to put themselves in the playoffs. It's a lottery from there on out but Blackpool are the form team. 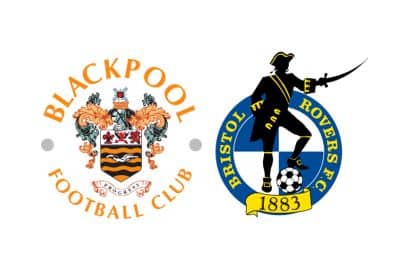