The Roman Abramovich years have been kind to Chelsea, after the owner brought the club back from the brink of insolvency in 2003. They were transformed into one of the dominant sides in English football, and many of the players below have won it all during their time with the team.

But what’s the best XI in terms of the personnel that have been at the club since the owner took charge? We’re going to take a look back at the best Chelsea team of the last 12 years.

The 4-3-3 formation used so successfully by Jose Mourinho during his first stint at Chelsea will be the template for the side.

Petr Čech arrived in 2004 and immediately staked his claim for the number one spot held by Carlo Cudicini. A pre-season injury gave him the chance to consolidate his position as the new number one, and he pulled off performances that left the contest in no doubt.

It proved to be the right decision for the club in the long term. He holds the record for the most clean sheets in a Premier League season, keeping the opposition out 24 times. He also saved a penalty during extra time in the Champions League final win in 2012.

Unbeatable in his prime, Ashley Cole was undisputedly one of the best left backs in the world. He was first choice for the majority of the Abramovich era, and he was a consistent performer for the side over the years.

In all honestly, there’s no real competition for his place in this team, and the Blues have yet to find a replacement in the long term.

For a time, it was unclear whether Ivanovic would be able to find a place in the Chelsea first team. He adapted his game to become a competent right back, often spending more time in the opposition half than his own.

The right back spot has caused trouble in the past, but Ivanovic was more than just a stop gap. He made the position his own, and he’s been a faithful servant to the club ever since. It’s true that he’s starting to slow down, but he was one of the best for a few seasons. 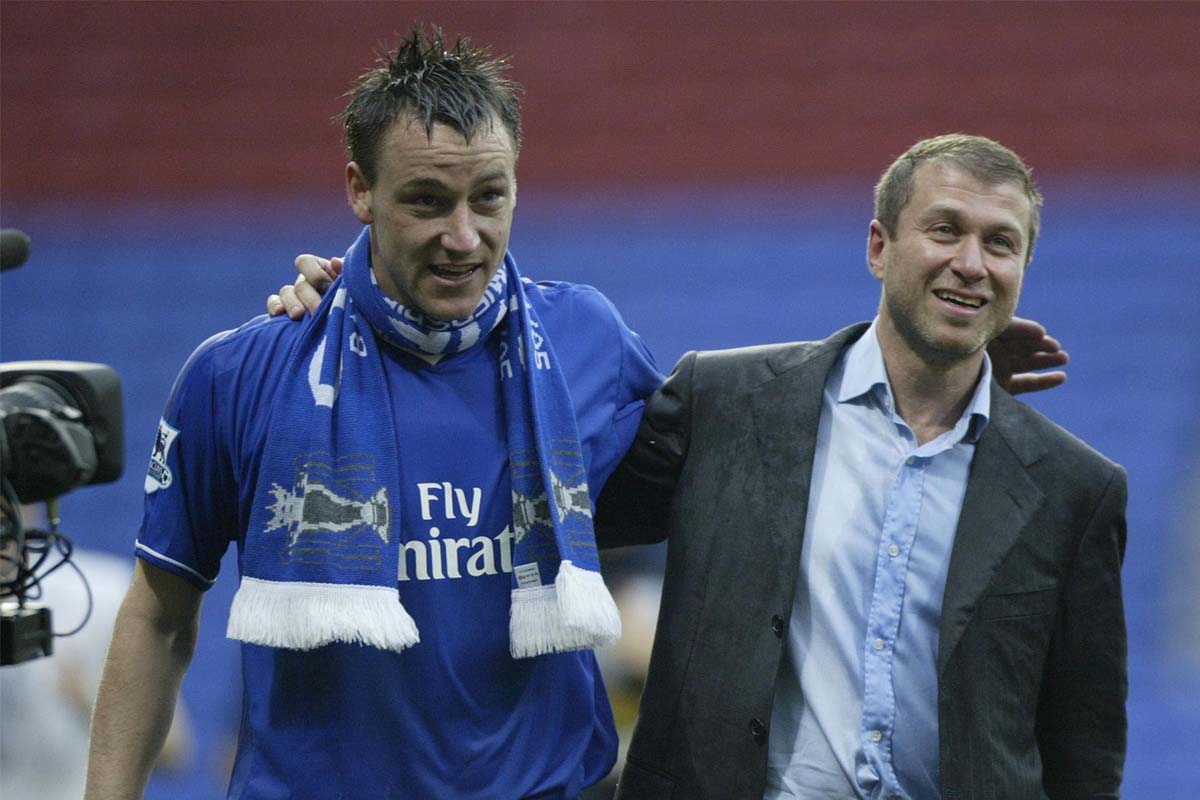 John Terry has been the embodiment of the club since taking charge of the defence and the captaincy following the retirement of Marcel Desailly. He was also a handy defender on his day, being named in multiple UEFA Team of the Year lists.

He’s suffered undoubted lows to go along with his success, but it’s unlikely that the club would have been as successful without the continued efforts of their creaking captain.

It’s was a tough choice between Carvalho and David Luiz, but Carvalho’s understanding with Terry was one of the main reasons why the side were able to get away with so many 1-0 wins as they relentlessly ground their way to multiple titles in the league.

The defender improved the players around him as he quietly went about his role, and he was always there to mop up any mistakes by the captain.

Claude Makélélé improved the side immeasurably, redefining the role of a defensive midfielder in England. He mopped up play in front of the back four, and allowed the team to play with a midfield three as he unselfishly got stuck in to the dirtier side of the game.

He revolutionised his position in the country, and he had a lasting effect on the next generation of defensive midfielders at Chelsea. They’re still compared to Makélélé, nearly a decade after he left the club.

Chelsea’s all time top scorer could always be relied on thanks to his consistency and work-rate. He won it all during his time with the Blues, and he was one of the most important players that formed the spine of the team for over a decade.

He captained the side to their Champions League triumph in 2012, and one of the few players on this list that arrived before the owner. 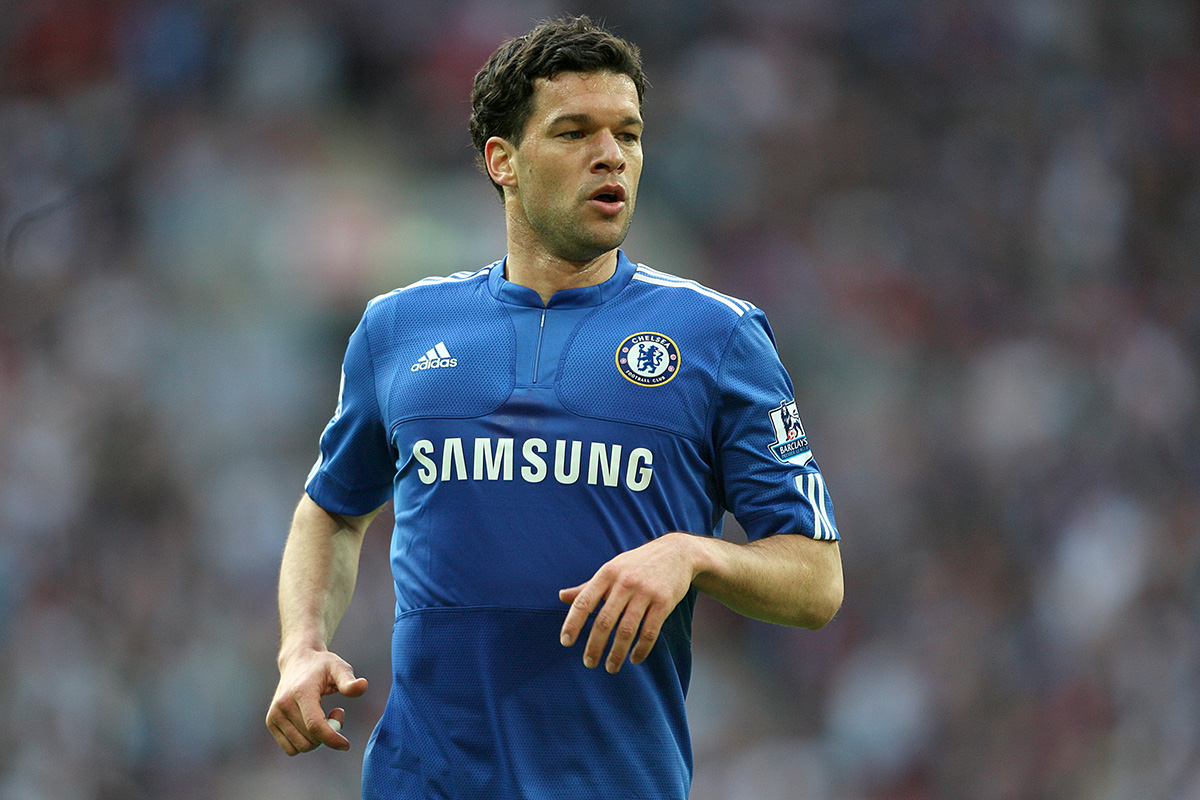 The midfielder joined in the Blues in 2006 on a free transfer, and battled back from a poor start to win the title in his final year at the club.

He didn’t get as much game time as he would have liked because of the consistency of a young Frank Lampard, but there was always a clear selection headache in midfield because of the quality of the Germany captain.

The Belgian has the ability to match up to the very best in the world on his day, although he hasn’t been able to replicate the sheer ruthlessness of those at the pinnacle of the game.

Hazard has single handedly taken up the mantle for Chelsea creatively during recent years, and he’s often the instigator when the team is playing well. He’s looking lively so far this season, picking up the Player of the Month award for August.

Robben made an instant impact to life at the Bridge and he soon established himself as one of the greatest wingers in the world. He went on to play for Real Madrid and Bayern Munich, but before all of that he struck up a great partnership with Damien Duff as the wingers wreaked havoc for a few years along with Joe Cole.

His pace and skill were evident despite his relative youth, although he did have a reputation for going to ground easily. He’s better known for covering ground at light speed in more recent times, and he’s one of the best attackers to grace the Bridge during the Abramovich era.

Didier Drogba will always have a special relationship with the London club, as his Cup Final goals usually proved to be the difference when it came to the business end of the season.

He’s one of the most important players in their recent history, and he usually found a way to dominate defenders in an isolated role up front. Drogba is undoubtedly the best striker Chelsea have had in recent decades, and it’ll be hard for anyone to match his potency in the big games.