Liverpool to win to nil

Many people believe Liverpool have got the easy route to the Champions League final. Will this match up with Benfica prove a comfortable evening for the Reds? Find out with our Benfica vs Liverpool match preview with free tips, predictions and odds mentioned along the way.

Liverpool to win it to nil

We begin our tips by backing Liverpool to win this match without conceding. The Reds have achieved that feat in each of their last four matches and have conceded just three goals across their last 10 matches. Benfica have been finding the net regularly in Liga NOS but did blank three times in their Champions League group stage. When you consider that Liverpool are a step up on at least two of those teams (Barcelona and Dynamo Kyiv) it's completely plausible the English side keep things clean in Portugal.

Liverpool might be a team stacked with talented forward players but the best of the lot is unquestionably Mo Salah. We fancy him to score at some point in this game. Liverpool had the luxury of brining him off a little early at the weekend, which means he'll be fresher here and with eight goals in eight Champions League appearances so far this campaign he's got previous of bagging goals!

Here are the key stats & form guide for Benfica vs Liverpool

Benfica vs Liverpool: Let's look at the predicted lineups

Benfica have done well to reach this stage of the competition but a match up against Liverpool is probably the toughest draw they could have faced. Let's see if they can find a way to keep things interesting ahead of the second leg.

Benfica had been in decent form with a run of nine unbeaten but that came to a disappointing end when they lost to Braga at the weekend. They'll need a huge performance to get anything on this game and their ambition will likely be to remain in the tie before heading to Anfield.

Liverpool have massive pedigree in this competition and are rightly up there amongst the favourites once again. They're a better team than Benfica so winning the game will come down to how they prepare and how the handle what will likely be an electric atmosphere.

A quickfire FAQ on Benfica vs Liverpool 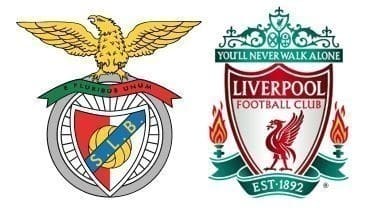