Dynamo Kyiv look to upset the odds by taking on Benfica in the Champions League second leg game at the Estádio do Sport Lisboa e Benfica in the midweek action. The game takes place on August 23, 2022.

Benfica have been able to register a 2-0 victory over Dynamo Kyiv to put themselves in the frame for reaching the group stages quite comfortably.

Benfica win at half-time and full-time

Benfica were able to get a comfortable victory over Dynamo Kyiv in the first leg. After the sizeable lead from the first leg, the second leg is likely to be lower on pressure and the Portuguese outfit will be able to play with a lot of freedom. This is likely to have a sizable impact in the performances and Benfica should win both halves.

Ramos has been in fine form for Benfica with five goals for the season. This includes a hat-trick in the early rounds of the Champions League qualifiers. Ramos has also scored in back-to-back games for Benfica including the first leg against Dynamo Kyiv.

Benfica need to hold their nerves for just 90 minutes to reach the group stages of the Champions League after the comfortable victory in the first leg. So far, the team has had a 100% record in the games this season and they have also been scoring a lot of goals.

Dynamo Kyiv not only witnessed their unbeaten run come to an end with the loss in the previous leg, but they are also facing an uphill battle to reach the group stages. The Ukrainian outfit might have created some memorable comebacks in the past, but they have a very poor away record with only two wins from the recent five Champions League away matches.

Benfica: Joao Victor and Lucas Verissimo are the only injury concerns and they are expected to be back in the team only after a month.

Dynamo Kiev: Volodymyr Kostevych and Vladyslav Supryaga are out because of injuries.

Top Champions League Stats ahead of Benfica vs Dynamo Kyiv

Questions about Benfica vs Dynamo Kyiv 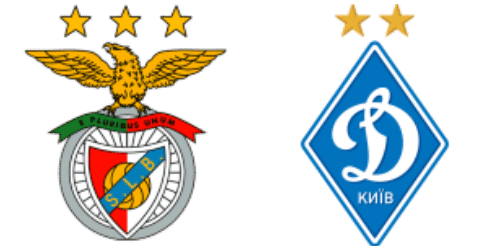 Where is the match scheduled? Estádio do Sport Lisboa e Benfica

Which team is the favourite to win? Benfica