Benfica and Ajax go head-to-head in the Champions League on Wednesday night where our Portuguese hosts will be aiming to take some kind of advantage into a potentially tricky 2nd leg in Amsterdam. Ajax are the favourites to win in Portugal and have a great record in this competition of making it through to the latter stages against the odds.

Ajax went up against Benfica in the 2018/19 Champions League campaign where the Dutch side secured a 1-0 win at home and a 1-1 draw on the road against their Portuguese opponents. Ajax have form in their favourites this week with six wins from their last six matches in all competitions, while Benfica have lost two, drawn two and won two of their last six outings.

We're predicting goals in this game as both sides have been involved in their fair share of high-scoring games of late. Each of Benfica's last five matches have produced over 2.5 goals and the Portuguese side have scored and conceded in each of their last six fixtures. At least three goals have also been scored in five of Ajax's last six outings with the Dutch club securing two 5-0 and a 9-0 win during that period, so you can see why we're predicting goals on Wednesday.

Everything you need to know ahead of Benfica vs Ajax

Ajax the favourites to win in Portugal

At the weekend, Benfica made the trip to Porto to face Boavista, a game the visitors would have expected to win. Goals from Taarabt and Grimaldo in the opening 30-minutes put Benfica 2-0 up at the interval. However, Boavista responded in the second forty-five with goals from Gustavo and Makouta in the 74th and 80th-minute to claw their way back and claim a share of the spoils.

Ajax were also away from home at the weekend in the Eredivisie but a solitary goal from Timber in the 81st-minute wrapped up all 3pts for the Dutch giants. Ajax top their domestic table by 5pts and head into the 1st leg against Benfica in fantastic form, scoring goals and keeping clean sheets for fun.

Benfica: the hosts have no fresh injury concerns or suspended players this week.

Ajax: Sean Klaiber is doubtful for the trip to Portugal and both Brian Brobbey and Maarten Stekelenburg have been ruled out through injury.

Your Questions for Benfica vs Ajax 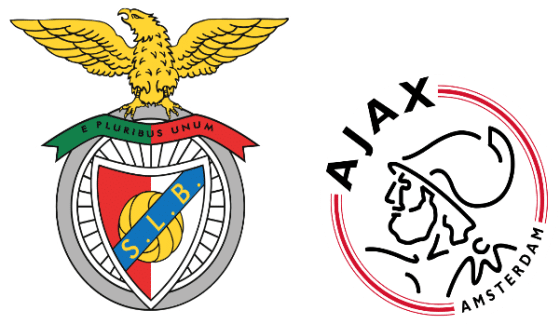