Wales kick-off their World Cup qualifying campaign with what should be their toughest game in Group E, as they make the trip to Belgium on Wednesday night. Roberto Martinez's side are expected to dominate this group, starting with a win against Wales.

Three Predictions for Belgium vs Wales

Belgium haven't met Wales since the 2016 European Championships and the Red Devils owe the Welsh one after they lost that game 3-1. Belgium have improved since that tournament and head into Wednesday's game on the back of four consecutive wins against Denmark, England, Switzerland and Iceland. Wales have failed to score in three of their last six internationals and don't fare as well on the road as they do on home soil.

The news of Romelu Lukaku's potential absence from Wednesday's make has certainly had an impact on how many goals we believe will be scored in this game. Under 2.5 goals have been produced in four of the last five meetings between these two countries, as well as in four of Wales' last five internationals. The visitors don't often score many goals but they also don't tend to concede many either.

Belgium have scored at least two goals in each of their last four matches but without Lukaku leading the line, we're going with a more reserved 2-0 scoreline on Wednesday. Wales have only conceded two or more goals in one of their last six matches and that was away at England, so a 2-0 defeat in Belgium seems a likely final scoreline if Lukaku does indeed miss the game as expected.

Belgium vs Wales: Check out all the odds and stats

Belgium had called up Lukaku to their squad but due to an outbreak of COVID-19 in the Inter Milan squad, the towering centre-forward is expected to miss the game. With only Benteke and Batshuayi of Crystal Palace left to fill the possible void left by the Inter Milan striker, Belgium surely won't be as dangerous in the final third as we might have expected. However, Kevin De Bruyne is in the squad and is in good form for Man City and he possesses the ability to unlock any defence, which is why Belgium remain such strong favourites. The hosts can count upon the experience of Thibaut Courtois, Jan Vertonghen and Toby Alderweireld at the back for this World Cup qualifier, so you can see why our prediction for a win and a clean sheet for Belgium looks increasingly likely.

Wales haven't lost against Belgium in their last four meetings but each of those encounters arrived over 5-years ago. The visitors had hoped to call upon Aaron Ramsey for this big World Cup qualifier but the Juventus midfielder picked up an injury which is a huge blow for the manager, Ryan Giggs. However, Gareth Bale is available and his form for Spurs has improved, so Wales will be hoping that their captain can produce a vintage display in Belgium. The Wales squad appears to be mostly made up of players either playing for or on-loan at clubs outside of the Premier League and this could prove the difference against a star-studded Belgium squad.

FAQ about Belgium vs Wales 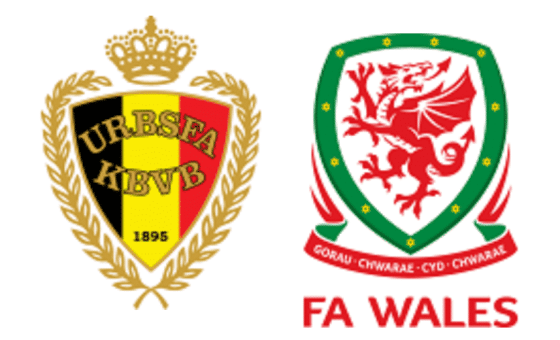