Bayern Munich's route to the Champions League semi-final was supposed to be straightforward when the quarter-final draw was made. Villarreal obviously never got that copy of the script. Can they German giants bounce back here to qualify? Find out with our Bayern Munich vs Villarreal match preview with free tips, predictions and odds mentioned along the way.

Bayern to win with a handicap

Let's cut to the chase. Yes, Villarreal done a real job on Bayern Munich in the first leg but this game will be very different and, as such, we not only expect the Germans to win the match but we fancy them to do it with a -1 handicap; that would see them qualify as well. Bayern Munich are unbeaten in six home games and, notably, their last Champions League tie held a lot of symmetry with this one. They'd travelled in the first leg, picked up a less than excellent result before battering their opponent (Salzburg) 7-1 back on home soil. We won't see seven this time but they'll win it with room to spare.

A look at Villarreal's away form would suggest that going over 3.5 goals for this bet is ambitious. We would suggest that Bayern Munich's home form is a better steer as to what might happen. They've gone over 3.5 goals in half of their last 10 home matches with a game average of 3.8 goals. Now, what does that aforementioned Villarreal away form look like in the respect of total goals? 30% of their last 10 have gone north of the 3.5 marker whist their game average sits at 3.0. Yes, that's not quite the level we're looking at for this tip but the odds plus the form combine for something that resembles value.

Bayern Munich vs Villarreal: Let's look at the predicted lineups

Most people had Bayern Munich nailed on to ease past Villarreal but they've got a pretty task ahead of them to overturn a first leg deficit now. Villarreal will arrive with a game plan but they'll be hit with wave after wave of attack in the Allianz Arena.

Bayern Munich need to pick themselves up after a lacklustre first leg. They'll be confident of doing so though especially with their home fans behind them. An early goal would really set the atmosphere off.

Villarreal will have been buzzing with their game plan being executed perfectly in the first leg. They'll know they have their work cut out to see it through to the end of the second leg but it is certainly not impossible.

A quickfire FAQ on Bayern Munich vs Villarreal 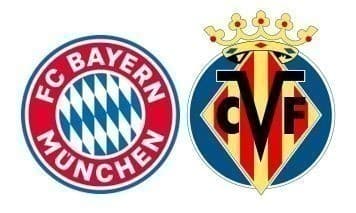