Bundesliga action resumes after the winter break as Bayern Munich and Borussia Monchengladbach exchange hostilities. It will be an interesting affair as Die Roten take the pitch with as many as twelve first-team regulars unavailable due to medical issues.

The last time Borussia Monchengladbach arrived at the Allianz Arena, they suffered a 6-0 thrashing at the hands of German champions. Julien Nagelsmann has been beseeched with injury issues but should conjure up a first-team that can easily tackle the Borussia threat. They have won seven matches in succession at home while Adi Hutter's men are winless in five away fixtures.

This season has seen Bayern Munich continue their rampant progress. While their attacking department continues to be amongst the best in Europe leave alone Germany, their defence has also made progress. Four of their last six competitive fixtures has seen them keep a clean sheet. However, with 12 injury concerns and a return to action after a two-week layoff, they will be prone to mistakes at the back and Gladbach should make them pay.

Bayern Munich vs Borussia Monchengladbach: Check out the best odds and the latest stats

Bayern Munich vs Borussia Monchengladbach: Check out the team lineups

The departure of Hansi Flick was supposed to give Bayern Munich a jolt but the Bavarian hierarchy played a masterstroke with the appointment of Julien Nagelsmann. The German tactician has picked up the trajectory from where Flick left. The new year brings with it an interesting challenge and it will be interesting how the German champions react to an injury galore at the Allianz Arena.

Adi Hutter had the tough task of replacing Marco Rose and the gravity of the situation is only dawning on him. The Colts are winless in their last five Bundesliga outings, losing four in the process. They have conceded 18 goals in the process and sent only five in return. For the second year running, the Colts have gone through a barren mid-season patch and needs to overcome it to realize their Champions League qualification ambitions. 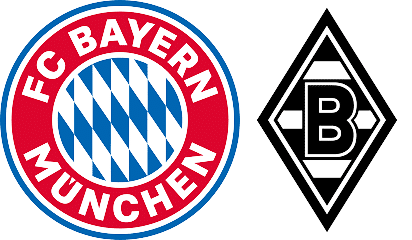 Where is the game being televised? Arena 4, BeIN Sport Connect, Sky Sports Football and Viaplay.