Julian Nagelsmann hopes for some respite from pressure when his team take on Bayer Leverkusen at the Allianz Arena in the early kick-off on Friday night. This will be a preview of the league meeting between the two clubs on September 30, 2022.

Bayern Munich lost for the first time this season, as a 1-0 loss to Augsburg saw the team slip to 5th position in the table. Meanwhile, Bayer Leverkusen are also struggling for form with the team held to a 1-1 draw by Werder Bremen in the recent game.

Bayern Munich win and goals from both teams

Bayern Munich did not score in a competitive match for the first time since April and they are expected to bounce back swiftly from the performance shown against Augsburg. Bayer Leverkusen, though, have picked up just one victory in the last five matches in all competitions, but they have the potential to pose a threat or two for the home team.

The likelihood of witnessing a high-scoring match is quite high even if none of the last five games for Bayern has produced more than 2.5 goals. The visitors also carry a decent offensive threat coming into the game after managing nine goals from the first seven matches of the season.

Top Bundesliga Stats ahead of Bayern Munich vs Bayer Leverkusen

Bayern Munich might have experienced decent success in the Champions League with wins over Inter and Barcelona, but they have struggled big time in the Bundesliga. Coach Julian Nagelsmann is on the verge of overseeing the club’s worst run of Bundesliga form in more than two decades. Bayern have not managed a victory in four league outings in the form of players like Sadio Mane concerns the squad.

Bayer Leverkusen have been struggling for form unlike in recent Bundesliga campaigns and the club are down in the bottom half of the table. From a possible 21 points so far, the team has only picked up five. It is very likely that coach Seoane may not make sizable changes even with this poor run.

Bayern Munich: Hernandez is out with a groin injury while Sarr has a problem with his patella tendon. Coman is doubtful for the game due to fitness issues.

Bayer Leverkusen: Coach Gerardo Seoane has to deal with the absence of Adli, who is suffering from a collarbone injury. Bellarabi and Lunev are nursing knee and thigh injuries respectively. Meanwhile, Palacios has a hamstring problem while Wirtz is out with a cruciate ligament injury. 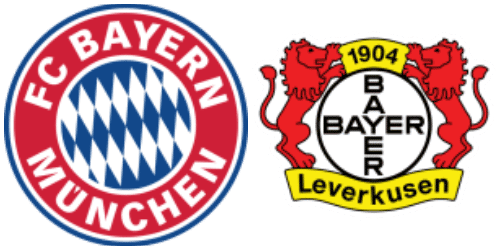 Where is the match scheduled? Allianz Arena in Munich