We are at the end of the Championship season and we will discuss the Barnsley vs Swansea fixture that will take place this upcoming Monday.

Latest Free Betting Tips and Odds Regarding Barnsley vs Swansea

Below, you can see what our betting experts decided were the top free betting tips for the Barnsley vs Swansea fixture on Monday. Our recommended bookmaker for this match is Ladbrokes.

Before you place any of the bets above, you need to check if the prices have changed or not because they get updated regularly and might be different than when we posted the article.

Cauley Woodrow is Barnsley's top scorer this season with twelve goals and he also scored a goal in the last fixture against Norwich. Daryl Dike is also a possible contender for this market, but he hasn't scored for several games, so we thought Woodrow is the better choice.

Recent Match History and Stats for Both Teams

In the tables below, you can check out the statistics and team form for the Barnsley vs Swansea fixture.

Preview of the Barnsley vs Swansea Fixture

The only three players who won't make the match for Swansea are goalkeeper Steven Benda, forward Jordan Morris, and defender Tivonge Rushesha. They have been out for more than ten games already and the team should be used to playing without them.

Barnsley's injured players are defender Benjamin Williams and midfielder Herbie Kane, which have also been out of the game for a while now, and the team has had to play without them, so they should be able to keep their form as it was in recent games. 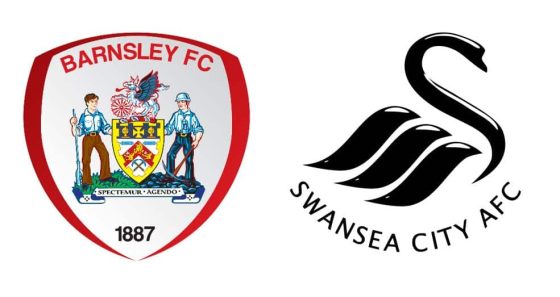