The first El Clasico of the season is scheduled for Sunday, so check our preview of the Barcelona vs Real Madrid duel and our free betting predictions for the biggest derby in Spanish football.

You can find many La Liga predictions on our website, including our favourite betting tips for the Barcelona vs Real Madrid duel:

It's never easy to predict El Clasico, the biggest derby match in Spain – regardless of the teams and their forms. However, Real Madrid has been the more impressive team this season and they've been more successful in recent head-to-head matches against Barcelona since they've won the last three of them. So, our prediction is for Real Madrid to notch another El Clasico win on Sunday.

The last two meetings between Barcelona and Real Madrid have gone over 2.5 total goals, although the three matches before them have gone under. Still, this El Clasico should end with at least three goals since both teams have been playing high-scoring matches this season. Real Madrid averaged 4.00 goals per game so far, the most in the league, while Barcelona averaged 2.75 goals per game in La Liga until now.

The French striker has been in the best form of his life since the season started and he already scored nine goals in La Liga in eight games. Based on that, he is on course to overcome his tally from last season in which he scored 23 goals in the league. With that in mind, we expect Benzema to net at least one goal in the upcoming El Clasico.

The best odds, stats, and more for Barcelona vs Real Madrid

If you want to place a bet on the latest Barcelona vs Real Madrid odds, check our selection of odds from different bookmakers:

Barcelona vs Real Madrid preview: Another El Clasico awaits us

It's been a rocky start of the season for Blaugrana, caused by the departure of Leo Messi and numerous injury problems. Still, the team now won three of their last five matches in all competitions and they seem to be recovering from their issues, slowly. Overall, Barcelona has 15 points from 8 matches in La Liga, but they lost two of their first three matches in their Champions League group. The upcoming duel with their biggest rival could show us what we can expect from Barcelona this season. Araujo, Dembele, Pedri, Wague, and Braithwaite are not available for the upcoming game because of injuries.

After three games without a win in all competitions, including a loss to Espanyol and a shocking loss to Sheriff in the Champions League, Real Madrid got back on the winning track with a demonstrative 5-0 win over Shakhtar in Ukraine. Real Madrid is currently third in the league, two points ahead of their upcoming opponent and fierce rival. Jovic, Bale, Ceballos, and Isco are on the club's injury list at the moment and won't play in El Classico. 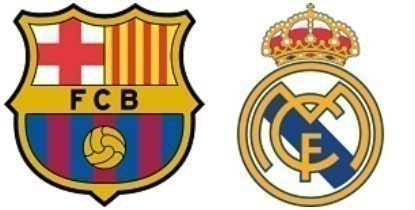