Another La Liga game scheduled for Sunday, May 15th is the Getafe vs Barcelona duel. With that in mind, we have prepared a detailed preview of the game for you, along with some free betting tips.

Our favourite Getafe vs Barcelona betting tips and predictions

If you are unsure what is the best bet for the Getafe vs Barcelona duel, check our top betting picks for this match:

Even though Barcelona has nothing left to play for while Getafe is still somewhat in danger of relegation, we can see the guests winning this game anyway.

After all, Barcelona will want to end the season on a positive note and they have been pretty convincing against Getafe in their recent meetings, winning four of their last five duels.

We've seen both teams score in three of the last four head-to-head duels between Getafe and Barcelona, so we can see that happening again in their upcoming game as well.

The latest odds and useful stats for Getafe vs Barcelona

If you want to bet on the best La Liga odds, you've come to the right place. Here are the top odds for Barcelona vs Celta Vigo:

While the home team is the clear favourite in this game, it could still be an interesting match. So, let's take a better look at both teams now:

With one win, three draws, and two losses in the last six games in La Liga, Getafe has been pretty inconsistent lately. However, they are still in good position when it comes to avoiding relegation since they are five points ahead of Mallorca, the first team in the relegation zone. So, they are almost certainly going to be playing in the top flight next season as well.

When it comes to team news, Jaime Mata and Erick Cabaco are out with injuries, while Stefan Mitrovic will have to miss the game to serve a suspension.

Two games remain to be played in La Liga and Barcelona is currently second, which is probably the best case scenario for Blaugrana after they had a horrendous start of the season. However, their fans can hardly be happy with the season overall since Barcelona failed to win any trophies, including Europa League, where they were the overwhelming favourites.

Meanwhile, Blaugrana will be without Nico Gonzalez, Ronald Araujo, Sergi Roberto, Gerard Pique, Sergino Dest, and Pedri through injuries, while Eric Garcia, Frankie de Jong, and Alba are all suspended for this game. 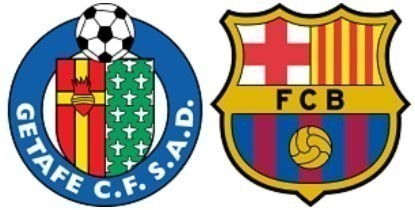