Perhaps the closest duel in the upcoming Champions League round is the Barcelona vs Benfica matchup, so check our preview of this match if you want to learn more about it.

Our free betting predictions and picks for Barcelona vs Benfica

If you are struggling to find the right bet for Barcelona vs Benfica, check our favourite betting tips for this game:

This is a hard match to predict since both teams are struggling with injuries at the moment. Also, Barcelona changed the manager recently and with Benfica winning the first game 3-0, it does seem like this is a very open game. Still, our prediction is for Barcelona to win this game, mostly because they will be playing at home and because the team is positively shaken after Xavi took over the reigns and made his debut with a win over the team's city rival Espanyol.

Two of the four matches in the group played by Barcelona have gone over 2.5 total goals, while the same is true for three of the four Benfica games in the group. Of course, that includes the first duel between these teams earlier this season. In addition to this, Barcelona averaged 2.69 goals per game in La Liga this season, while Benfica averaged 3.09 goals per game in their domestic league until now. So, we can see these two teams combining for at least three goals.

Since we believe that this will be a high-scoring match, we also expect both teams to score in this game, even though we didn't see that in their first meeting since Barcelona failed to score. Still, both teams have scored in 62% of all Barcelona matches in La Liga so far, as well as 55% of all Benfica games in Primeira Liga this season.

The best odds and key stats for Barcelona vs Benfica

If you want to place a bet on the best Barcelona vs Benfica, check our selection of odds from different UK bookmakers:

Barcelona vs Benfica preview: Derby of the round in the Pyrenees

After Xavi made his managerial debut with Barcelona in a win against the team's city rival Espanyol, he will try to lead Blaugrana to a win over Benfica, which would secure his team a spot in the Top 16 phase of Champions League. However, Barcelona will have to achieve this without a number of injured players, including Aguero, who announced retirement due to heart problem. Braithwaite, Fati, Wague, Roberto, and Pedri will also miss the next match.

With four points from the first four games in the group, Benfica is currently third, two points behind Barcelona, despite the convincing 3-0 win over Blaugrana in the first game in Lisbon. So, Benfica will have to avoid defeat in the next game to even stay in the race for the second place in the group. However, Benfica is also struggling with injuries at the moment, with six of their players due to miss the next match with injuries.

Q&A for Barcelona vs Benfica 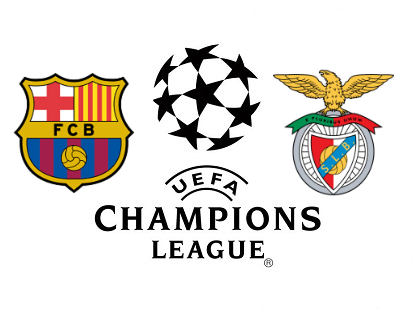