With a 1-1 result in the first leg, this tie is wide open. Who will win? Find out with our Zalgiris vs Ballkani match preview with free tips, predictions and odds mentioned along the way.

We've mentioned that Zalgiris lost once in their last 21 games; that's mostly because they have not had too much trouble finding the net. It's fair to point out that Zalgiris scored in all of their last 13 games. Conversely, Zalgiris have conceded their fair share of goals; they have seen their defence breached in three of their last four games. Like Zalgiris, Ballkani have been consistent when it comes to scoring goals; as they found the back of the net in 15 of their last 16 games. Considering both teams scored in three of Zalgiris' last four games, both teams should score.

Here are the key stats & form guide for Zalgiris vs Ballkani

Who will march on in their quest for Champions League football?

This tie remains firmly in the balance after an even first leg. Zalgiris will feel confident of getting the job done after going away from home in the first leg. Ballkani meanwhile will feel they can hold their own. Expect blood, sweat and tears along with, hopefully, a sprinkling of quality.

Zalgiris' four match winning streak ended with a 1:1 draw in the reverse fixture of this tie; they are now unbeaten in their last five games, with just one loss in their last 21 games. Zalgiris will look to extend that run to six games as Ballkani come visiting; it'll be interesting to see how they'll match-up against Ballkani.

Ballkani's woes at home continued with a 1:1 draw against Zalgiris in the first leg; on the positive side, they've done relatively better away from home, with three wins in their last four road games. Ballkani will hope to advance to the second qualifying round by beating Zalgiris; will they be able to make it four wins in five games away from home?

A quickfire FAQ on Zalgiris vs Ballkani 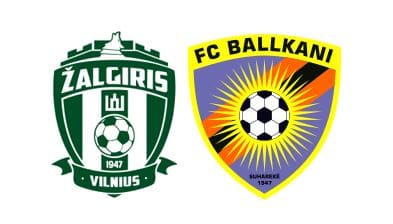