AZ failed to make the Champions League group stage this season. They might get another shot at it in a few months though. Realistically, they'll need to win their last three games starting with Fortuna Sittard. Will they keep the dream alive? Find out with our AZ vs Fortuna Sittard match preview with free tips, predictions and odds mentioned along the way.

Making the prediction that AZ will emerge victorious from their encounter with Fortuna Sittard is hardly an eyebrow raising revelation. Why exactly do we tip them to win though? Well, AZ have recorded eight wins in their last 10 matches with five home wins on the bounce recorded since mid-February. Fortuna Sittard are somewhat less consistent with three defeats in their last five and an away record that reads as won one, lost one, won one and so on over their more recent games. Finally, a look to the head to head games further support our tip; AZ have won seven – and drawn one – of the past eight meetings.

AZ to win with breathing space

We've already spoken of AZ being in strong form in with our first prediction. What we didn't go into is just how good they've been. Seven on their past 10 victories have come courtesy of a winning margin greater than one goal. Three of Fortuna Sittard's last five defeats have also been by more than one goal. The head to head view takes on a similar pattern; the sides shared six goals last time out but before that AZ had recorded five wins over Sittard with an aggregate score of 20-4.

If that last prediction didn't lead you down this path anyway, let us reiterate. There will be goals in this game; across the last six meetings between these sides there have been 30 (yes, THIRTY) goals with the lowest scoring match a 3-0 AZ win. The average for those not doing the maths is a whopping five goals per match. There is then recent form to consider. For AZ, their last five home games have seen 19 goals (3.8 per match). Fortuna Sittard have seen 13 in their last five away (2.6).

AZ to win in style?

With just a few games remaining in the Eredivisie season AZ still have a chance to nick the second Champions League spot. Fortuna Sittard sit much lower in the table but a couple of wins could easily see them into the playoffs for a taste of the Europa League Conference. It means both have something to play for and we should see a competitive game as a result. 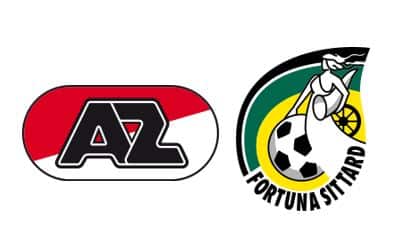