AZ Alkmaar and Ajax face off each other in a clash between the top teams in Dutch football this weekend. This will be a preview of this Dutch Eredivisie match on September 18, 2022.

AZ Alkmaar managed a 4-1 victory over Vaduz to keep in touch with the likes of Ajax and Feyenoord at the top of the table. Meanwhile, table leaders Ajax picked up an impressive 5-0 win over Heerenveen before losing 2-1 to Liverpool in the Champions League group stages.

Ajax and AZ Alkmaar played out an entertaining draw in the last meeting back in May. However, the visitors come into the game with a perfect record after having picked up six runs out of the six league matches. AZ Alkmaar have not suffered any defeat in the opening four games but they have dropped points in the last two matches at home. Ajax should be able to build on the recent run of four wins in the last six games against AZ.

There is little surprise that Ajax have been able to lead the scoring charts with their incredible 21 goals from the first six matches. Ajax have scored almost twice the number of goals as AZ despite having just a four-point advantage in the league table. The brilliance of Ajax alone should ensure a big victory.

Top Dutch Eredivisie Stats ahead of AZ vs Ajax

AZ are likely to make changes to the starting line-up after the midweek Europa Conference League encounter. The team has had a brilliant start to the season and the recent form is especially a huge boost for coach Pascal Jansen.

Alfred Schreuder comes into the game with a dilemma after having just watched his team to an immense 5-0 victory during the weekend followed by a loss in the Champions League game against Liverpool. This defeat coupled with the midweek travel is likely to mean some changes to the starting line-up for Ajax, who have plenty of players doubtful for the game.

AZ: Jesper Karlsson and Håkon Evjen are the players missing from action for the hosts. The former is struggling with a muscle injury while the latter has been ruled out because of an ankle problem.

Ajax: Owen Wijndal is the only player who is unavailable for coach Alfred Schreuder coming into the game. The 49-year-old will also be deciding on the participation of Mohamed Ihattaren, Jorge Sánchez, and Francisco Conceicao with late fitness tests.

Questions about AZ vs Ajax 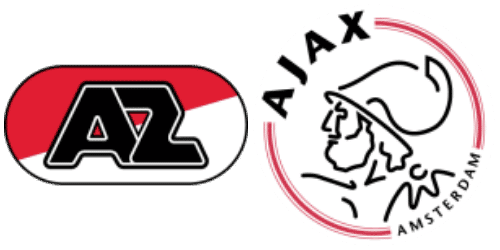 Where is the match scheduled? AFAS Stadion

Which team is the favourite to win? AZ