Augsburg host their next Bundesliga engagement against Bayern Munich at WWK Arena. The visitors hold the charge of the points table but the hosts are struggling in the relegation zone.

Here are our predictions for Augsburg vs Bayern Munich.

Bayern Munich holds a streak of three consecutive wins overall and four consecutive wins of league games before this match. They have managed the top position of the table but their next host is way down on the sixteenth position. Augsburg has secured only one win in the last five games and conceded three defeats in that course. Back at the H2Hs between these teams, the Reds won four out of five duels while drawing the remaining one. With all being said, we would pick Bayern Munich as our favourites to get an easy win and extend their streak.

Augsburg has been ordinary in the last matches that have yielded eight goals in the last five games but their coming visitors have a lot of numbers to show on their side back in a few matchdays. Bayern Munich has hit the target 16 times in the last five outings and scored at least four goals in three of those games. Three of the last five H2Hs have concluded with a high-scoring total and that would be the same we would expect for this match.

Fuggerstadter were unable to score in their last match but they have scored in all of the last five home games. The attacking line of Bayern Munich also has helped the team in almost all of the recent matches, scoring in four of the last five games. Adding more, we have seen only two clean sheets in the last seven H2Hs between these teams. So the chances are more to see both teams being able to score in this game.

Augsburg vs Bayern Munich: Check out the best odds and the latest stats

Fuggerstadter has claimed only two wins in the 11 games of the Bundesliga campaign so far. They enter this game with the last match defeat against Wolfsburg after giving the early lead of 1-0. But Augsburg are unbeaten in their home ground from the last five games and have won two of them. Tobias Strobl and four other players are injured and will miss the upcoming game.

The Reds made their first position more secured with the last match victory against Freiburg and now have the lead of four points from second place. Bayern Munich have four wins and one defeat in the last five games. The club boss Julian Nagelsmann has six players on the injury list that will miss out on the coming game.

Questions About Augsburg vs Bayern Munich 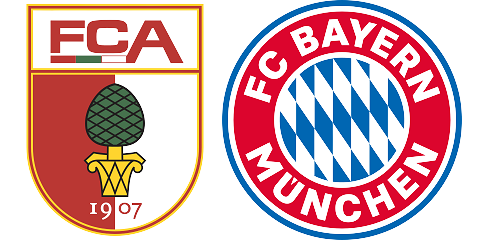 Where is the game being televised? Arena 4, beIN Sport (Fra), and DAZN Deutsch.

Ballon d’Or 2021 odds and predictions: Who’s in with a chance?