Manchester United make the trip to Spain this week to face Atletico Madrid in the Champions League. Neither side are performing as expected in their domestic league and an early exit from the Champions League could prove disastrous for either manager.

We're backing the 1st leg in Spain to end in a stalemate as neither side look to be in the best of form right now and are bound to be cautious ahead of a Champions League tie that could define their entire season. Atletico Madrid have lost three and won three of their last six outings in all competitions, while Man Utd are unbeaten in their last six matches but three of those games have ended in draws.

We're not expecting this game to produce a lot in the way of goals and believe the entire 90-minutes will be tight and tense. Atletico under Simeone are known for their strong defensive ability, though, that has been questioned this season, while five of Man Utd's last six outings in all competitions have produced under 2.5 goals. Each of Man Utd's three draws in their last five fixtures have ended in the same 1-1 scoreline, so don't be surprised if Wednesday's clash ends the same way.

Close and competitive 90-minutes expected in the Spanish capital

Atletico Madrid were away at Osasuna at the weekend and ran out comfortable winners. Felix put the away side in front after just 3-minutes, setting the tone of the afternoon for Atletico. Liverpool old boy, Luis Suarez, made it 2-0 just before the hour mark and teammate Correa wrapped up the points with a third goal in the 89th-minute.

Man Utd had some pressure on them ahead of a trip to Leeds on Sunday but goals from Maguire and Fernandes put the visitors 2-0 up at the interval. Leeds fought back in the second half to go level at two goals apiece thanks to efforts from Rodrigo and Raphinha and now it was Man Utd's turn to respond. Fred put the visitors back in front in the 70th-minute and Elanga added a 4th in the 88th-minute to confirm the victory.

Atletico Madrid: Matheus Cunha and Daniel Wass are the main injury concerns for the hosts.

Man Utd: Edinson Cavani and Thomas Heaton could miss the game through injury. 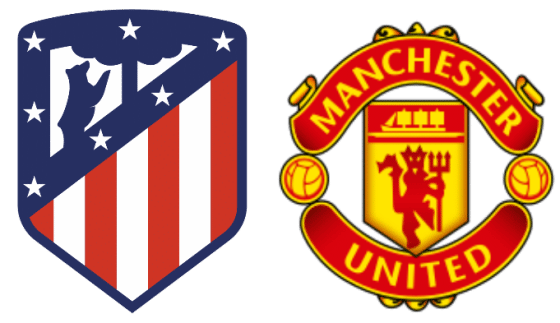