This Champions League preview will focus on the decisive game between Atalanta and Villarreal at the Gewiss Stadium. The two teams are looking to seal a place in the knockout stages of the competition.

Atalanta continued their impressive domestic and European form by grabbing a 3-2 win over Napoli at the Stadio Diego Armando Maradona. Despite falling 2-1 down in the game, Atalanta came back strongly in the second-half. Villarreal continued to do well in Europe but they are disappointing in domestic games. During the weekend, the team lost 1-0 to Sevilla.

Atalanta’s recent form has been substantially better and the club have picked up four wins in the last five games. Villarreal’s biggest challenge will be to navigate through multiple competitions at the same time while still keeping their La Liga form intact. Atalanta’s biggest advantage will be that Villarreal might approach the game with a defensive attitude to protect their narrow lead in the table.

The matches involving Atalanta have once again started producing a lot of goals. There have been more than 3.5 goals in four out of the last five games involving the Italian team. Gian Piero Gasperini’s men may have a lot of opportunities to attack in this match with Villarreal struggling on many fronts.

Villarreal might play on the counter to protect their lead rather than chase the game. Atalanta’s need to pick up a victory to reach the knockout stages of the Champions League makes them go for a victory and they have kept just two clean sheets in the last five matches.

Top Champions League Stats ahead of Atalanta vs Villarreal

Atalanta vs Villarreal: Battle for the Champions League knockouts

Atalanta will be able to reach the knockout stages of the Champions League only with a win owing to their one-point deficit to Villarreal. However, such a situation might actually favour a team like Atalanta who get pumped up when the odds are against them. The hosts have Matteo Lovato and Robin Gosens unavailable due to injury.

Villarreal’s immediate focus will be to steady the ship in the La Liga. The club has gone through a torrid run of results with a win over minnows Victoria CF being the only accomplishment so far. The Yellow Submarines will be without Serge Aurier, while Yeremi Pino is suspended for the match. Arnaut Danjuma is a major doubt after missing out during the weekend.

Questions about Atalanta vs Villarreal 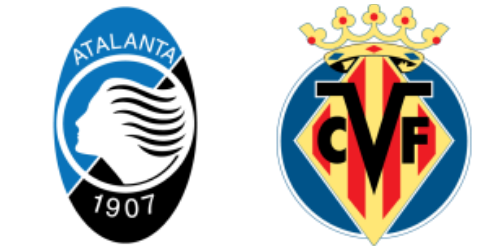 Where is the match scheduled? Gewiss Stadium

Which team is the favourite to win? Atalanta