Atalanta sit 5th in the Serie A table as things stand, a full 8pts behind Juventus who occupy the final Champions League spot. The hosts can't afford to drop any points if they want to get back into the Champions League next season but fae a really tough home game against title-challenging Napoli on Sunday. Napoli are 3pts off AC Milan but do have a better goal difference than the league leaders.

At least four goals have been scored in five of the last seven meetings between Atalanta and Napoli in league and cup, and we're predicting another action-packed 90-minutes between the pair this weekend. Four of Napoli's last five outings in all competitions have featured over 2.5 goals, while two of Atalanta's last three home have featured four or more goals.

There is a great chance that we will be treated to goals at both ends of the pitch this Sunday as that has been the way five of the last seven encounters between these two clubs have finished. Five of Napoli's last six outings in all competitions have also seen both teams score, so you can see why we're not backing either side to keep a clean sheet this weekend.

Everything you need to know about Atalanta vs Napoli

Atalanta were away at Bologna before the international break where a tight and tense opening 45-minutes ended goalless. The game looked like it might be heading for a 0-0 draw until the 82nd-minute when Cisse scored what turned out to be the winning goal for the visitors. Atalanta remain in 4th spot thanks to that result but still have a lot of work to do if they want to catch Juventus and finish in the Champions League places.

Napoli had the home advantage against bottom half of the table Udinese last time out but ended up going behind in the 22nd-minute to a goal from Deulofeu. Udinese lead at the break but Napoli responded really well in the second half, equalising in the 52nd-minute via top scorer Osimhen. The Nigerian striker went on to put Napoli in front 11-minutes later as the hosts did just enough to win the game.

Atalanta: Maehle, Boga, Toloi, Ilicic and Zapata could miss out this weekend due to injury.

Napoli: Osimhen and Rrahmani are suspended this weekend, while Anguissa, Di Lorenzo, Petagna and Meret are all injury concerns. 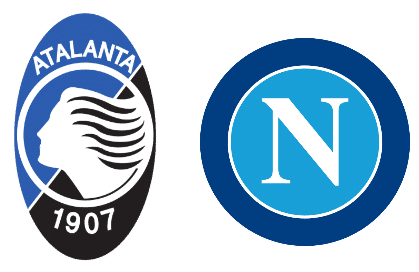