One of the most anticipated matches in the upcoming Champions League round is the Atalanta vs Man Utd duel, so check our preview of this game and our top betting tips.

Our favourite Atalanta vs Man Utd predictions and picks

If you are having problems finding the right bet for Atalanta vs Man Utd, check some of our selected betting tips for this duel:

Atalanta and Man Utd to Draw

The first match between these two teams was a crazy one and we saw Man Utd overcome a two-goal deficit at the half time and win the game by scoring three goals in the second half. And while anything can happen in this game as well, we expect to see a draw at the end. Both teams have been inconsistent lately and a draw sounds like the most reasonable outcome for this match.

Atalanta and Man Utd to Draw at Half Time

Over 1.5 Total Goals First Half

If you are searching for the best Atalanta vs Man Utd odds, check our selection of odds from the best betting websites:

Atalanta vs Man Utd preview: Can Solskjaer survive another match?

In the last five matches in Serie A, Atalanta has two wins, two draws, and one loss. So, the team is currently in solid form. Overall, they are fifth in Italy after eleven rounds. In their Champions League group, Atalanta has one win, one draw, and one loss, which makes them tied with Villarreal for second place. Gosens, Hateboer, Pessina, and Toloi are currently injured and they will not play against Man Utd.

After they've been demolished in a 5-0 loss to Liverpool, it seemed that Solskjaer's days are numbered at Old Trafford. However, the manager got another chance and the team responded with a 3-0 away victory against Tottenham. Clearly, Solskjaer is still under pressure and a loss to Atalanta could seal his faith. On the bright side, the only injured player at Manchester United at the moment is Lindelof.

The usual questions for Atalanta vs Man Utd 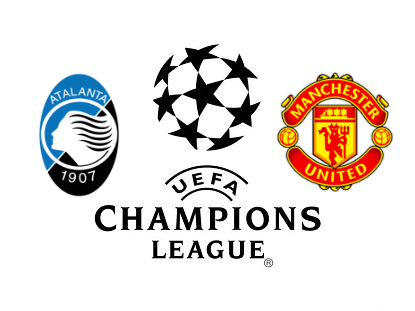