Serie A's 5th and 4th-placed sides lock horns this weekend as Atalanta look to make the most of their home advantage to secure all 3pts and move back ahead of Juventus in the race for the Champions League places.

We're backing Atalanta to come away with at least a point this weekend, and maybe even all three, as they are in with a great chance having already beaten Juventus in the pair's reverse league fixture back in February. The hosts have secured two wins and two draws from their last six matches and know they will have to be at their best to get anything out of this game, but Juve have lost and drawn their last two away trips and will be expecting a tough 90-minutes this weekend.

Three of the last four competitive meetings between these two clubs have produced under 2.5 goals, and we're predicting another low-scoring affair between the pair on Sunday. Three of Atalanta's last five outings have witnessed fewer than three goals scored and the same can be said of Juventus, so you can see why we're not expecting lots of goals in this game.

Everything you need to know ahead of Atalanta vs Juventus

Atalanta will move back above Juventus if they secure all 3pts

Atalanta had the home advantage against Fiorentina last time out but failed to make it count. The hosts went behind in the 9th-minute but managed to turn the game in their favour thanks to a goal from Zappacosta on the half-hour mark and then a Boga strike in the 56th-minute. However, Fiorentina responded really well and equalised in the 71st-minute and then went on to score a winning goal in stoppage-time.

Juventus were in action in midweek playing host to Sassuolo in the Coppa Italia. Dybala put the home side in front after just 3-minutes but Sassuolo went in at the break level thanks to a 24th-minute effort from Traore. The game appeared to be heading for extra-time until Ruan put through his own goal 2-minutes from time to send Juventus through to the next round.

Atalanta: Musso is suspended, while Ilicic, Zapata and Miranchuk could all miss this weekend's clash.

Juventus: Chiellini, Bernardeschi and Chiesa are expected to miss the trip to Atalanta.

Atalanta vs Juventus: Your Questions 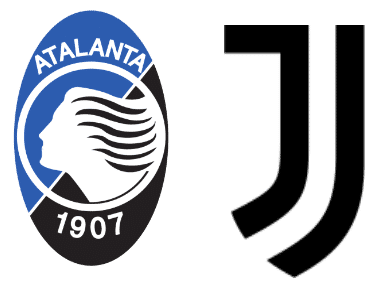