Atalanta host Inter Milan on Sunday in a high-profile Serie A skirmish. Atalanta can close to within five points of leaders Inter with the right result this weekend. Read our expert predictions and find the latest odds for the game below in our match preview.

Inter have won only on one of their last six visits to take on Atalanta in Bergamo. Find our top three predictions for the fixture below.

Inter’s one-point lead at the summit of Serie A looks fragile and their title defence could be dented in Bergamo on Sunday. Atalanta have lost just twice in their last 16 fixtures in all competitions and La Dea looked a match for Inter when the teams drew 2-2 in their reverse league encounter in Milan back in September. Fatigue could also be a factor after Inter’s taxing Supercoppa clash with Juventus in midweek which ran into extra time and Atalanta could be worth siding with in the double chance market with those factors in mind.

Atalanta have been a staple with over 2.5 goals bettors in recent seasons thanks to Gian Piero Gasperini front-foot thinking and tactical bravery. 75% of La Dea’s Serie A fixtures this season have produced over 2.5 goals, while it’s also worth noting that 70% of Inter’s games on the road have also delivered three or more strikes. Atalanta like to throw caution to the wind when the line up against the league’s best outfits – and that was certainly evident when they drew 2-2 with Inter in Milan. Expect another afternoon with two top sides trading blows on Sunday.

Inter face a stern test of their title credentials at Atalanta

Atalanta looked back to their best when they blitzed Udinese 6-2 last weekend in a performance that had all the hallmarks of a Gasperini team in its prime. La Dea’s 2-0 win over Venezia in the cup in midweek was more routine, though the result allowed the Bergamo-based side to maintain their momentum. Atlanta have beaten Juventus and Napoli in recent months and they will be targeting another major scalp on Sunday.

A dramatic Alexis Sanchez goal won the Supercoppa Italia for Inter in the 120th minute of extra time against Juventus, sparking wild celebrations at San Siro. In Serie A, the table toppers have won eight matches on the spin, though Inter have won just one of their last away meetings with Atalanta and they will have to be at the peak of their powers to prolong their winning streak this weekend. 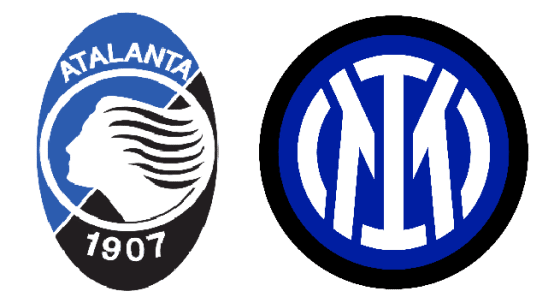 Where is Sunday’s game being played?

Sunday’s game will be played at the Gewiss Stadium in Bergamo.

The bookmakers have priced Inter as slight favourites to win Sunday’s game against Atalanta.