Atalanta host Genoa in Serie A this weekend and it's the hosts that head into the game as the clear favourites to win. Atalanta sit 5th in the table as things stand and need a win on Sunday to remain in the race for the Champions League places, while Genoa are battling for their Serie A status and would be happy to come away with a point this weekend.

Two of the last three league meetings between Atalanta and Genoa have produced under 2.5 goals, and we're predicting another low-scoring 90-minutes this weekend. Three of Atalanta's and all of Genoa's last six outings in all competitions have p[rodcued under 2.5 goals, adding further weight to our prediction for a goal-shy game on Sunday.

Everything you need to know about Atalanta vs Genoa

Atalanta looking to keep the pressure on Juventus with a win

Atalanta made the trip to Roma last time out where the pair played out a tight and tense 90-minutes. In the end, a solitary first-half effort from Tammy Abraham proved enough for Mourinho's men to secure all 3pts and late on both teams had a sent-off for two bookable offences, Mkhitaryan for Roma and de Roon for Atalanta. Atalanta lost some ground in the race for the Champions League places last weekend but still have a game in hand over both Juventus, Roma and Lazio, the three teams closest to them in the table.

Genoa would have been hoping to end their winless run last time out against Empoli but despite having the home advantage, the game ended goalless and Genoa drew their sixth game on the run. Genoa sit second from bottom in the table and even a win this weekend wouldn't take them up any places but could give them a platform to build a great escape from.

Atalanta: De Roon is suspended this weekend, while Zappacosta, Ilicic and Zapata could miss the game through injury.

Genoa: Cambiaso, Vanheusden, Piccoli and Criscito could all miss the trip to Atalanta this weekend.

Atalanta vs Genoa – Your Questions 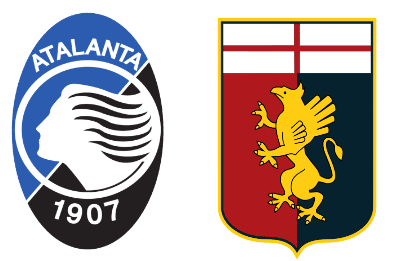