Today's Predictions for Atalanta vs Cagliari

Champions League-chasing Atalanta sit 4th in the Serie A ahead of Sunday's home game against Cagliari. The visitors occupy one of the relegation places as things stand but a win this weekend could see them move out of the bottom three.

Under 2.5 goals have been scored in four of the last six league meetings between these two clubs and we're predicting another low-scoring affair on Sunday. Four of Atalanta's last five outings have produced under 2.5 goals and four of Cagliari's last six outings have also witnessed fewer than three goals scored, so you can see just why we're backing under 2.5 goals this weekend.

Atalanta the big favourites to win this weekend

Atalanta made the trip to Lazio last time out, where a close and competitive 90-minutes ended goalless. A point each was fair on the balance of play and it left Atalanta sitting 6pts behind AC Milan but still with a game in hand, while Lazio remain in 8th position. Atalanta have been involved in three goalless draws in their last five matches but will fancy their chances of getting on the scoreboard against a struggling Cagliari side this weekend.

Cagliari took on Fiorentina in their last league game and managed to take the lead in front of their fans early in the second half through Joao Pedro. However, the hosts couldn't hold onto their lead and missed out on a precious 3pts when Sottil equalised for Fiorentina in the 75th-minute. Cagliari remain in the danger zone for now but are just 1pt behind Venezia and 3pts off Sampdoria, so there is still plenty of hope. 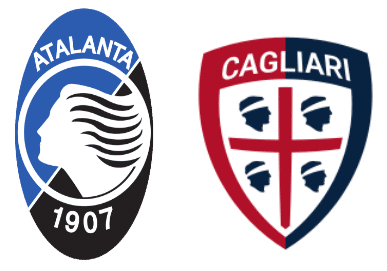