AC Milan vs Atalanta: Our Predictions

AC Milan could secure the Serie A title on Sunday 15th May at home to Atalanta but would be relying on their local rivals Inter dropping points in their game. Atalanta have had a disappointing campaign and could miss out on European football altogether if they don't pick up positive results from their final two games of the campaign.

With 10-goals in the league this season, Rafael Leao top scores for AC Milan and we're backing the 22-year-old Portuguese international to score against Atalanta this weekend. Leao has found the back of the net in each of AC Milan's last two home games and seems to perform better in front of his own fans, so you can see why we're backing Leao to get on the scoresheet this Sunday.

All you need to know ahead of AC Milan vs Atalanta

AC Milan could claim the title this weekend

AC Milan were away at Verona last weekend where they fell behind in the 38th-minute. However, man-of-the-match, Tonali equalised in first-half stoppage-time and then put AC Milan in front in the 49th-minute, while Florenzi added a third to confirm the visitor's victory. AC Milan are now within touching distance of the Serie A trophy but can't afford to slip up at this late stage of the competition.

Atalanta took the lead in the 16th-minute away at Spezia thanks to an effort from Colombian striker, Muriel. The home side did get back onto level terms before the interval, but goals from Djimsiti and Pasalic in the second forty-five secured all 3pts for Atalanta. Sunday's guests could still claim a top-6 finish this season but are probably going to need to win their remaining games in order to do so. 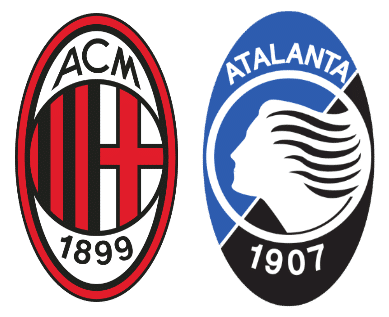