Midland's rivals Aston Villa and Wolves go head-to-head in the Premier League this weekend and with both sides sitting just a point apart in the table, we're expecting a close and competitive 90-minutes at Villa Park.

Here are our predictions for Aston Villa vs Wolves

While the last three meetings between these two clubs have been a little goal-shy, we're backing both teams to score on Saturday. Three of the duo's last six meetings in all competitions have ended with both teams getting on the scoreboard, while three of Aston Villa's last six matches and two of Wolves' last three outings have also seen both teams score.

Wolves have picked up two wins and a draw from their last four encounters with Aston Villa and we're backing the visitors to avoid defeat this weekend as well. The hosts have only won two of their last six outings in all competitions while Wolves have won three of their four away games in league and cup so far, so you can see why we fancy the visitors to take home at least a point on Saturday.

Wolves haven't scored a lot of goals so far this season but when they have Hwang Hee-chan has usually been the man to put the ball into the back of the net. The former RB Leipzig striker has adapted really well to life in the Premier League, netting 3-goals in just two starts this season. Villa don't tend to keep many clean sheets and if anyone is going to score for the visitors then our money would be on Hwang Hee-chan.

Last time out, Aston Villa slipped to a narrow 2-1 defeat at the Tottenham Hotspur Stadium. Hojbjerg put the home side in front but Watkins equalised for Villa in the 67th-minute. However, an own goal shortly after from left-back Targett handed Spurs all 3pts. Aston Villa are certainly guilty of being a bit hit and miss at the start of the 2021/22 campaign but that is probably to be expected given the incomings and outgoings in the summer.

Wolves made it back-to-back league wins as they defeated Newcastle 2-1 at Molineux before the international break. Hee-chan put the home side in front in the 20th-minute only for Hendrick to equalise from distance after a mistake from the Wolves goalkeeper. Just before the hour mark Hee-chan was setup once again by Jimenez and went on to score the winning goal of the season and endear himself to the Wolves' faithful. Wolves picked up a point at Villa Park last season and look much more confident now than they did at the start of the season, which could prove an issue for the home side.

Aston Villa: Leon Baily, Morgan Sanson, Trezeguet and Keinan Davis are all expected to miss out this weekend due to injury.

Wolves: Ruben Neves could return from a knock in time to feature on Saturday but there are serious doubts over Trincao, Jonny, Neto, Mosquera and Bueno. 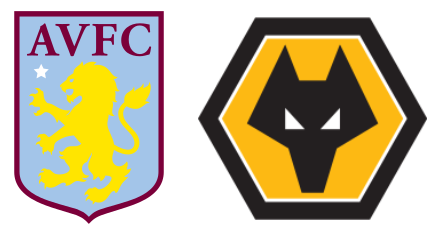