Tottenham occupy the final Champions League spot heading into this weekend's latest round of fixtures in the Premier League but up next is a tricky trip to Villa Park. Aston Villa have lost their last three matches and narrowly lost when they took on Tottenham back in October.

There is a great chance that we will be treated to plenty of goalmouth action on Saturday as four of the last five Premier League meetings between these two clubs have produced over 2.5 goals. Four of Aston Villa's and four of Tottenham's last five outings in the Premier League have witnessed at least three goals scored, adding further weight to our prediction for Saturday's clash.

We're bringing you all the stats for Aston Villa vs Tottenham

Villa hoping to end their losing run on Saturday

Aston Villa made the short trip to Wolves last time out hoping for a change in fortunes. However, with just 7-minutes gone, Wolves took the lead through defender Jonny and then went on to double their advantage via an own goal from Young in the 36th-minute. The second half proved much more tight and tense and Aston Villa did manage to pull a goal back via an 86th-minute penalty from Watkins but there wasn't enough time remaining for the visitors to carve out an equaliser.

Tottenham put in a five-star performance last time out against Newcastle at the Tottenham Hotspur Stadium. Newcastle actually took the lead in the 39th-minute through Schar but Spurs equalised before the break via a rare goal from Davies. Spirs shone in the second half, taking the lead in the 48th-minute through Doherty and moved 3-1 in front via Son 6-minutes later. Emerson made it 4-1 just after the hour mark and late on Bergwijn came off the bench to net the fifth and final goal of the game for the hosts.

Aston Villa: Ings, Digne, Hause and Nakamba could miss out this weekend through injury or illness.

Tottenham: Tanganga, Sessegnon, Skipp and Reguilon are the main injury concerns for the visitors.

FAQ about Aston Villa vs Tottenham 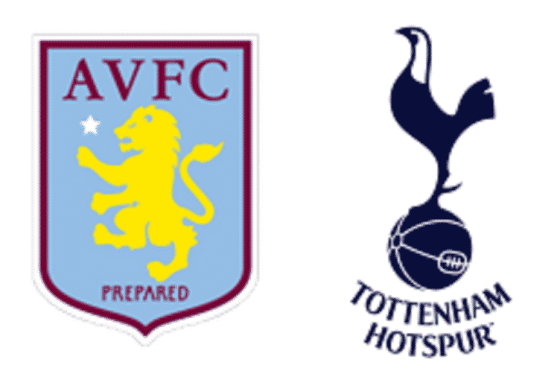