Leicester are bound to have one eye on their Conference League semi-final and that could give Aston Villa the chance to end their losing run in the Premier League this weekend. We're expecting an entertaining 90-minutes on Saturday with plenty of goalmouth action.

There is a good chance that we will see both teams score on Saturday as that has been the way five of the last seven meetings between these two clubs have ended. Both teams have also found the back of the net in five of Leicester's last six matches as well as in each of Aston Villa's last two away trips, adding further weight to our prediction.

At least three goals have been scored in five of the last seven head-to-heads between Leicester and Aston Villa, and we're predicting another action-packed 90-minutes on Saturday. Three of the Foxes' last four outings have produced over 2.5 goals, while five of Aston Villa's last six games have witnessed at least three goals scored.

Villa will move level on points with Leicester if they win

Leicester made the trip to Goodison Park on Wednesday night where they took the lead after 5-minutes via Barnes and controlled the possession for the majority of the match. However, despite having a couple of warnings of Everton's ability to create chances, Leicester City couldn't hold on and in stoppage-time, Richarlison forced home an equaliser. Leicester have been very hit and miss in the league this season and while much of that is due to their busy schedule and the injuries impacting their small squad, more was expected of the FA Cup winners.

Aston Villa haven't played since they lost 4-0 at home to Tottenham earlier this month. That game was bizarre in the way Villa created lots of excellent goalscoring opportunities but failed to take any of them, while Spurs seemed to finish off each of the four big chances they created, making for an unfair final scoreline. Villa will be looking to take advantage of their host's busy schedule as Gerrard's men look to end their four-game losing run.

Leicester: Soumare, Vardy, Ward, Bertrand and Ndidi are all injury concerns for the hosts this weekend.

Aston Villa: Hause and Digne are slight doubts for the visitors but will face late fitness tests. 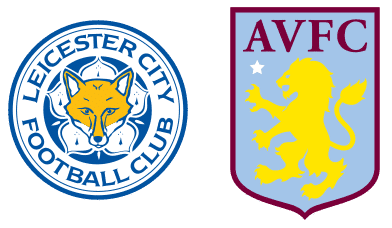