West Ham are bound to have one eye on the 2nd-leg of their Europa League semi-final in Frankfurt next week but can Arsenal take advantage as they look to secure the final Champions League spot by finishing 4th in the Premier League table.

Both teams have scored in four of the last seven encounters between these two clubs and we're predicting more of the same on Sunday. Three of West Ham's last six outings have produced goals at both ends of the pitch while three of the Gunners' last four matches have witnessed both teams scoring, adding further weight to our prediction for Sunday's clash.

Arsenal looking to consolidate 4th spot with a win

West Ham made the trip to Chelsea last time out and looked like they had done enough to earn a share of the spoils. The match appeared to be heading for a goalless draw until Dawson was sent-off and gave away a penalty in the 86th-minute only for Jorginho to fail to convert from 12-yards out. West Ham might have been forgiven for thinking the point was there but sadly for Moyes and co, Pulisic fired the ball home in the 90th-minute to hand Chelsea all 3pts.

Arsenal played host to Man Utd last weekend and took the lead in the 3rd-minute through Tavares. A penalty from Saka made it 2-0 in the 32nd-minute but Ronaldo pulled a goal back for the visitors 2-minutes later. The next goal was always going to be crucial to the end result and it was Xhaka who scored in 20-minutes from time to hand Arsenal all 3pts.

West Ham: Ogbonna, Diop (injury) and Dawson (suspensions) will miss out this weekend for the hosts.

Arsenal: Saka, Tierney and Partey could all miss the trip to the London Stadium due to injury. 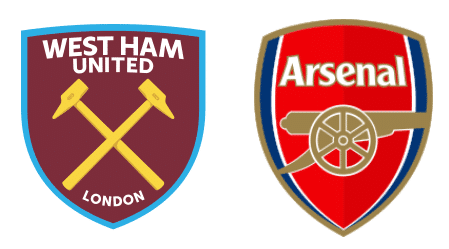