Arsenal might already be assured of their place in the next round but a win here would guarantee them top spot too. Will they get the victory they need? Find out with our PSV vs Arsenal match preview with free tips, predictions and odds mentioned along the way.

We kick off our tips by backing Arsenal to win and, quite frankly, we think the odds on offer for a Gunners win are staggeringly good value. Sure, Arsenal slipped up at the weekend with a 1-1 draw versus Southampton but they're still unbeaten in nine games and had won eight on the bounce before that matchup with the Saints. Combine that with the fact that they beat PSV just last week and that PSV then fluffed things up in the Dutch league with a 4-2 defeat and everything favours an Arsenal win.

We now turn our attention to the both teams to score market and we are backing ‘no'. Not only did we only see just Arsenal score in the last meeting between these two sides but general form also supports the ‘no' outcome. Arsenal have seen just one of their last four games end with both teams scoring whilst PSV have seen three of their last five games end with someone blanking in front of goal.

Here are the key stats & form guide for PSV vs Arsenal

PSV and Arsenal have been the standout best teams in Group A and both are looking highly likely to make it through to the next round; in fact, both could be there after this game. Arsenal are already in the hat for the knockout stages but could confirm their status as group winners here whilst PSV hold a three point lead over third placed Bodo/Glimt; a draw would lock down second place for them, a win would keep their chances of finishing top alive and, even a loss, could see them through depending on how Bodo get on.

PSV could well revert back to the XI that took to the pitch at the Emirates last time these two faced off. They gave a good account of themselves in that match and with Cody Gakpo and Xavi Simons they'll feel that on another day that they could unlock the Gunners.

Arsenal will likely arrive in Eindhoven with a strong squad to select from. Mikel Arteta has taken this competition very seriously so far with the exception of a bit of rotation. Emile Smith-Rowe and Mohamed Elneny are definitely out of contention but Oleksandr Zinchenko could be fit for a spot on the bench.

A quickfire FAQ on PSV vs Arsenal 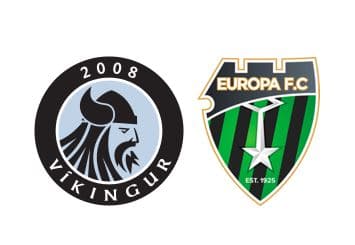