Two in-form sides clash in the Premier League on the first day of the new year and we're expecting an entertaining 90-minutes between the pair. Man City arrive sitting top of the table and in the midst of an extended winning run, while Arteta finally has Arsenal scoring goals and looking like a side capable of challenging for a top 4 finish.

Much has been speculated about the future of Raheem Sterling, especially after his limited amount of appearances at the start of the season. However, it turns out that the rest has done him good as he now looks the goal threat he was for England at Euro 2020 having netted 6-goals in his last 10 appearances for Man City in all competitions. We're backing Sterling to find the back of the net against Arsenal this weekend, a team he was linked with joining earlier in the campaign.

Do Arsenal have what it takes to derail the Man City train?

The Gunners made the trip to Norwich looking to extend their good run of form, and they did just that in style. Saka opened the scoring as early as the 6th-minute and Tierney scored a rare goal just minutes before the half-time whistle. Arsenal dominated the second half and moved three goals clear in the 67th-minute with Saka's second of the game. 6-minutes from time, Lacazette converted a spot-kick and in stoppage-time Smith Rowe scored a 5th-goal to wrap up another impressive attacking display from Arsenal.

Man City made some changes for their trip to Brentford on Wednesday night but still managed to come away with all 3pts, just about. A solitary goal from Foden in the 16th-minute proved enough for the Citizens to win the game, a game in which Sterling, Mahrez and Gundogan were all rested. City have now moved 8pts clear at the top of the table thanks to both Liverpool and Chelsea dropping points in recent weeks and the title looks to be heading in right into their hands.

Man City: Stones, Delap, Walker and Rodri could miss the trip to the capital for the visitors.

Your Questions for Arsenal vs Man City 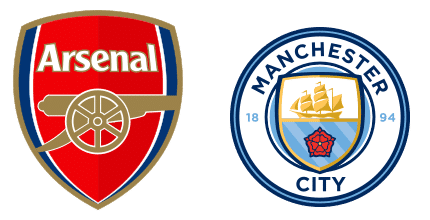